The only positive thing to be said about this movie is that it is only 92 minutes long.

Die Hard has a lot to answer for.

Ever since the game-changing action movie arrived, Hollywood has been chasing its tail trying to recreate that lightning-in-a-bottle set-up. Sometimes they got pretty damned closed, with Die Hard-on-a-bus (aka Speed) and Die Hard-on-a-warship (aka Under Siege). They've also often fallen far short of the mark (see: most of the actual Die Hard movies), but rarely has the simplistic target of "Die Hard-on-a-X" been missed by this much.

END_OF_DOCUMENT_TOKEN_TO_BE_REPLACED

Interceptor is Die Hard-on-a-nuclear-missile-interception-station (not as catchy), with the very first line of the movie telling us that it takes 24 minutes for a nuclear missile fired from Russia (yikes) to land in mainland America.

We're then told that there is an oil-rig'y set-up in the middle of the Pacific Ocean, which is capable of taking these nukes out of the sky, as they've got a 12-minute heads up before they arrive in the States.

JJ Collins (Elsa Pataky) has just been assigned here, having had her much better position taken away from her after she accused a commanding officer of sexual harassment.

On her very first day on the station - no, within the very first ten minutes of her first day - a group of terrorists manage to kill pretty much everyone else on board, with the goal of destroying the interceptor's capabilities, allowing sixteen stolen Russian nuclear missiles to completely destroy USA.

END_OF_DOCUMENT_TOKEN_TO_BE_REPLACED

One quick action scene later, and Collins is holed-up in the Panic Room-esque command centre, with the big bad guy Alex (a shockingly unthreatening Luke Bracey) doling out his backstory while his accomplices try to blowtorch their way through the big metal doors.

Turns out Alex's dad was a very rich man who managed to buy his way into a strong political position (there is no room for subtlety on this rig), so Alex wants to - we shit you not - fix America's problems by killing 300 million civilians. 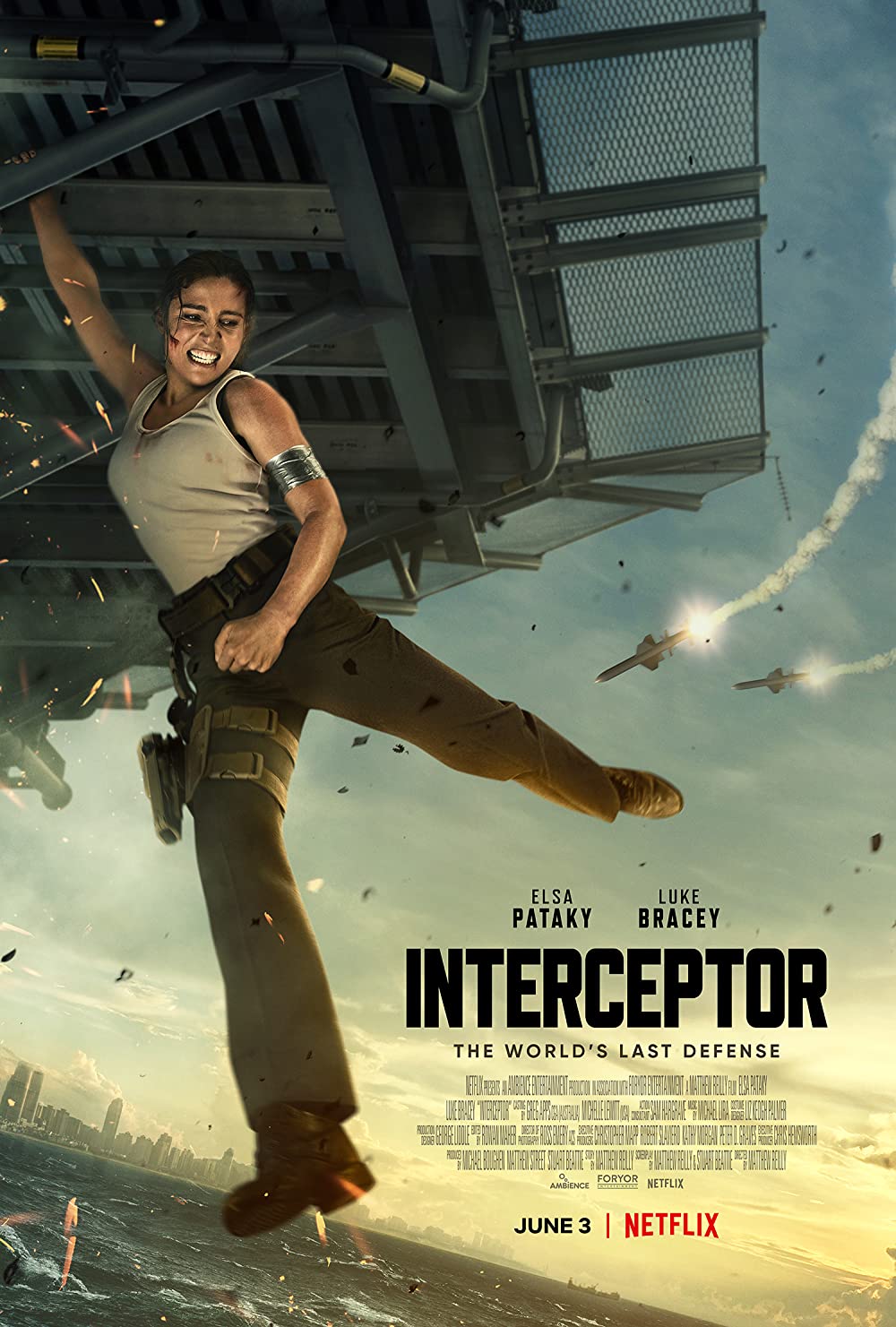 Every now and again, Collins will be forced into a fight scene with one of Alex's henchmen - including one hilarious situation where someone impossibly pops up through the floor - and Pataky gets to show off some of the fight training she did in preparation for the movie.

END_OF_DOCUMENT_TOKEN_TO_BE_REPLACED

To be fair to Pataky, she does give it her all, and is actually given a lot more to do here than in any of the Fast & Furious movies she featured in. Unfortunately, newbie director and co-writer Matthew Reilly has no idea how to frame a fight scene or make any of this interesting.

Everything looks blank and cheap, with the entire film playing out across three sets: a hallway, the main control room, and a different hallway. Sometimes the movie tries to mix it up by giving us flashbacks to Collins' backstory with her abusive commanding officer, but you'll really wish it wouldn't, as it hamfistedly tries to parallel this with the plot about total nuclear annihilation.

The whole project feels like what future historians will call "a pandemic production": a teeny tiny cast, very few people actually interacting with each other, a weird feeling of distance between everyone involved, with crafty editing tricks making (or, in this case, a big door) covering the fact that these actors were rarely in the same room as each other.

And then, out of nowhere, Chris Hemsworth appears. He's got a scruffy wig on and some glasses, but it is definitely him. He initially appears as a TV salesman (don't ask) who is watching Collins trying to save the world on a global broadcast (seriously, don't ask). But then appears again. And again. The movie keeps cutting back to him, as if his air-punching and Gogglebox narration serves as an on-screen avatar for us, the actual audience.

Fans of Hemsworth might already know that Pataky is his real-life wife, but then the end credits start to roll, and we see Hemsworth is also the executive producer of this movie.

Quite what he or Pataky saw in this project is not clear, because this is bad. Not even enjoyable bad, but weirdly boringly bad. Pataky probably thought this could be her answer to Hemsworth's very good Netflix action movie Extraction. Instead, this is her answer to one of the many, many, MANY action bottom-shelf "action" movies that John Travolta or Nicolas Cage have starred in over the last decade.

The only positive thing to be said about this movie is that it is only 92 minutes long, but they are 92 minutes you'll never be getting back.

Interceptor is available to watch on Netflix from Friday, 3 June.