As we said in our review of Prime Video's new animated series, if you grew up on a healthy diet of cartoons, then Invincible will immediately feel like it is something special.

While it takes the learning-your-powers-as-a-puberty-metaphor and takes it a very different direction, the art style of the show and the story behind feel at once very comfortable and knowing, all while constantly twisting them in subtle way to make sure you never quite know where it will go next. 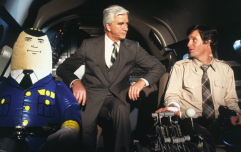 END_OF_DOCUMENT_TOKEN_TO_BE_REPLACED

A lot of that comes down to Robert Kirkman, the creator of the comic book Invincible that this show is based on, but he is probably still best known as the guy who created The Walking Dead.

Another huge part of it comes down to the absolutely jaw-dropping cast-list this show boasts:

In the run-up to the release of the show, we were lucky enough to chat to not just Kirkman, but two of the voice-cast members, Gillian Jacobs (Community, Love) and Zazie Beatz (Deadpool 2, Joker).

Check out our full interview with the cast and creator right here:

Meanwhile, the first three episodes of Invincible will be available to watch on Prime Video from Friday, 26 March, with the rest of the season made available weekly after that.