Rumours have been swirling around the internet for the last few days over who may or may not be appearing in this year's Love Island villa.

But now, we don't have to wonder anymore as the contestants have been announced on Instagram this morning.

And among the first islanders announced on Monday was Irish man Dami Hope.

Posting a snap of the Irishman, the post read of the 26-year-old Microbiologist from Dublin: "Will charming Irish lad Dami be lucky in love?" 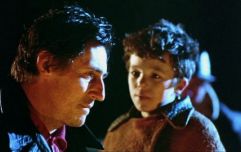 QUIZ: Can you match the quote to the classic Irish film?

END_OF_DOCUMENT_TOKEN_TO_BE_REPLACED

Speaking ahead of entering the villa, Dami said: "When I’m actually in a relationship, I think it’s a star sign thing, I’m an Aries but I’m very passionate - I always used to put that person first. If they had something they wanted to do or something they were passionate about, I’d make sure that even if it’s something I’m not talented at I’d get talented at it just so it helps them. I’m really good at being in a team and actually looking after each other.

"This year I was kind of being more open to new things and I think actually that's why I put myself out there to get some new experiences. Love Island is a different experience, I will be talking to different girls, it might not go well with some, might go well with others, so it’s a fun experience." 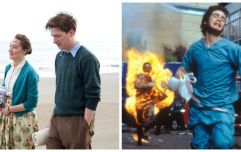 QUESTION: Who is the best Irish actor or actress of all time?

END_OF_DOCUMENT_TOKEN_TO_BE_REPLACED

Joining Dami is Welsh paramedic Paige Thorne who is "no stranger to getting hearts beating."

"In Swansea there is just no-one I can find, I've tried and there's just nobody there anymore," the 24-year-old said.

"I need to break out and broaden my horizons and Love Island just brings everyone together for me. I haven't got to go out and I haven't got to swipe. So, hopefully they can just come to me now!"

Hotel waitress Indiyah Polack, who is set to "check in" for the summer on this year's competition, is also heading into the villa.

The-23-year old is hoping to bring "flavour" to the villa as she's already turning a few heads.

She said: "I feel like I’m going to bring a lot of flavour and vibrancy. I feel like I’m quite a down to earth person, so it shouldn’t be an issue to meet a lover or a friend."

Love Island returns to our screens on 6 June on Virgin Media Two.

popular
QUIZ: You'll need to be razor-sharp to get 100% in this General Knowledge Quiz
The JOE Music Quiz: Week 117
The JOE Friday Pub Quiz: Week 307
An exciting Irish crime thriller is among the movies on TV tonight
A great underseen action thriller is among the movies on TV tonight
James May reportedly hospitalised after crashing into wall at 75mph filming new show
Record for hottest August day in Ireland ever has now been broken
You may also like
4 months ago
Biden misspoke because he is Irish, says former CIA director on CNN
4 months ago
QUIZ: How well do you remember your primary school Irish?
4 months ago
QUIZ: Can you name every Irish Oscar winner?
4 months ago
PERSONALITY TEST: What percent Irish are you?
6 months ago
Scrios TG4 an chéad NFT as Gaeilge mar nach raibh cead acu as an ealaíntóir
6 months ago
"I'm not as safe as other people." People medically exempt from receiving Covid boosters face uncertain future
Next Page