JOE's review of the biggest horror of the year is here.

Cast your minds back to a particular scene in Chapter One, when the Losers' Club were looking through some old photos on a slide projector, when the thing took on a life of its own, and all of a sudden a giant Pennywise burst through the projector screen to attack them all.

It was unexpected. It was scary. It was a great, standout scene. 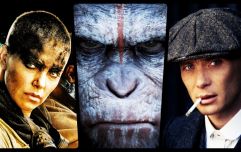 END_OF_DOCUMENT_TOKEN_TO_BE_REPLACED

Jump forward two years (or twenty-seven years, in this movie), and Chapter Two has not one, not two, but THREE giant, CGI-assisted monsters chasing the now-grown-up versions of the Losers at one point or another.

Chapter One was an eyebrow-raising 146 minutes long. Chapter Two is a bum-numbing 170 minutes.

Chapter One cost $35 million to produce. Chapter Two's budget has not yet been confirmed, but between the almost-all-star cast, increased amount of special effects, and higher salaries for those behind the scenes after the first movie surprisingly because the biggest horror movie of all time, it wouldn't be an unsafe bet to assume it cost at least twice as much.

That original's success has meant that we are now getting more of everything. But more doesn't mean better, it just means more. And It Chapter Two might be the first time where the goal seemed to be "Always leave them wanting less."

If that sounds harsh, it is merely because expectations were high going in, and bizarrely, the one thing that Chapter Two gives us less of is Pennywise himself.

27 years after they defeated him the first time, the adult Losers' Club (including the perfectly cast Jessica Chastain, James McAvoy, and a scene-stealing Bill Hader) return to Derry when the first reports of a peak in violent crimes begin to spread, sparked by a truly uncomfortable-to-watch homophobic attack.

Once reunited, everyone is then immediately told to split up again, thanks to an ancient plan to defeat Pennywise once and for all, involving ancient Native American spells and long-lost personal tokens, and it is all explained with a narrative wave of the hand, before everyone is pretty much lined up to face their individual fears.

END_OF_DOCUMENT_TOKEN_TO_BE_REPLACED

Whereas in Chapter One, when we had a clear idea of what those fears were and why they were assigned to each of the Losers, here things just seem to happen at random. Hader is attacked by a statue of a lumberjack, because... (shrugs), while the now-hunky grown-up version of Ben finds himself trapped in a slowly collapsing cave, for reasons that are never explained.

Some of these segments do work, such as McAvoy as the grown-up Bill, who has never fully gotten over the death of his younger brother, finding himself trying to protect another young boy from the evil clown in a twisted house-of-mirrors. And whenever Bill Skarsgård is given enough screen-time to truly get his creep on as Pennywise - such as the beneath-the-bleachers interaction with a young girl - he really shines, but these moments are too few and far between.

Despite the epic length, director Andy Muschietti and writer Gary Dauberman have dropped some of the more potentially interesting parts of Stephen King's book (Chastain's abusive husband appears for one "Is that it?" scene before being dropped entirely), and focused too much on his more out-there ideas.

Anyone who has read the doorstop-of-a-novel will know that King takes the story to some bonkers places, and instead of trying to tone them down, the creative team here have leaned into it in a huge way.

It is to be commended that a horror would go THIS big, when usually the genre is given the smallest budgets to realise their size-appropriate visions, but Chapter Two proves that size doesn't really matter if you don't know what you're doing with it.

House of Rugby Ireland · Quinn Roux on finding a home in Ireland and Mike McCarthy brings the absolute HEAT!
popular
The JOE Movie Quiz: Week 86
The 50 most iconic songs of all time* have been revealed
Majority of English people 'pleased' or 'not bothered' by prospect of united Ireland
Ireland adores Leitrim hurler Zak Moradi on Tommy Tiernan show
The JOE Movie Quiz: Week 85
20 of the best comedies to watch on Netflix right now
PICS: The man with the biggest penis in the world has one unbelievable problem with it
You may also like
3 days ago
Here's the lineup for The Late Late Show this week
3 days ago
Netflix confirm Bridgerton Season 2 is on the way
3 days ago
Here are the best movies on TV this evening
3 days ago
The full list of all the new shows and movies coming to Netflix in February
3 days ago
10 prequels that are actually better than the movies that came before
3 days ago
Carole Baskin is obviously delighted Joe Exotic wasn't pardoned
Next Page