It was reported this morning that ITV were ready to scrap Ant & Dec as co-presenters of the hit reality show 'I'm a Celebrity... Get Me Out of Here!'

A source had told The Star on Sunday that producers would not be hesitant to bring in new talent and were reluctant to let Dec present alone if Ant was not in a healthy state to do so.

ITV have since responded to these claims, strongly denying them.

"It is utter nonsense to suggest that Ant and Dec are set to be replaced on I'm A Celebrity," a spokesman told The Mirror.

Ant and Dec have presented the show since 2002 and are as much a part of it as the challenging tasks and the creepy-crawlies. 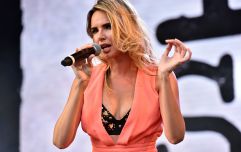 END_OF_DOCUMENT_TOKEN_TO_BE_REPLACED

Rumours that the duo would not be presenting this year's series spread after Ant's personal struggles with alcohol were widely reported. It was reported that if Ant was taking time to recover, ITV would rather have neither of them than just Dec. But ITV have strongly denied rumours that the pair are set to be replaced as co-presenters.

In happier news, it was reported this morning that Declan Donnelly and his wife Ali Astall are expecting their first child.