This one could go either way, but the cast is solid so far...

Right, we'll get to the story behind the headline in a moment, but first things first.

Do we need a sequel to The Shining? 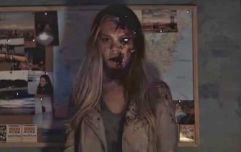 END_OF_DOCUMENT_TOKEN_TO_BE_REPLACED

Yes, it's based on a follow-up book penned by none other than Stephen King himself, but is it truly all that necessary?

It's well known that King was hugely unhappy with Stanley Kubrick's take on The Shining, despite the end result being a true horror masterwork.

He once told Rolling Stone:

"The book is hot, and the movie is cold; the book ends in fire, and the movie in ice. In the book, there's an actual arc where you see this guy, Jack Torrance, trying to be good, and little by little he moves over to this place where he's crazy.

"And as far as I was concerned, when I saw the movie, Jack was crazy from the first scene. I had to keep my mouth shut at the time. It was a screening, and Nicholson was there. But I'm thinking to myself the minute he's on the screen, 'Oh, I know this guy. I've seen him in five motorcycle movies, where Jack Nicholson played the same part.'

"And it's so misogynistic. I mean, Wendy Torrance is just presented as this sort of screaming dishrag. But that's just me, that's the way I am."

Indeed, King disapproved so much so that he endorsed a three-part TV mini-series remake that aired in 1997. 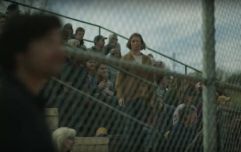 END_OF_DOCUMENT_TOKEN_TO_BE_REPLACED

Perhaps feeling that he had unfinished business in and beyond the Overlook Hotel, King penned Doctor Sleep, releasing the official sequel in 2013.

As it often happens with the author's work, movie rights were quickly snapped up and Doctor Sleep will hit cinemas in 2020.

Mike Flanagan, fresh from heading up The Haunting of Hill House, is attached to write and direct, with Ewan McGregor in the lead role of the now-adult Danny Torrance.

Torrance has essentially inherited his father's alcoholism as he runs afoul of a cult led by Mission: Impossible star Rebecca Ferguson.

That's some pretty decent pedigree for one of those movies that you honestly feel will go either way. 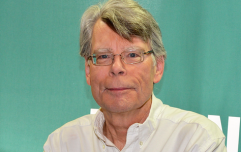 Stephen King's newest book, The Institute, is already being turned into a TV series

END_OF_DOCUMENT_TOKEN_TO_BE_REPLACED

And now comes the news - see, we got there in the end - that Room star Jacob Tremblay has been added to the mix.

TMZ reports that Tremblay, who recently appeared onscreen in the rather messy Predator reboot/sequel/whatever, will receive a cool $100,000 for his role.

Said role is currently unknown, but you can probably either mark him down as a young version of Danny in flashbacks or one of the children endangered by the cult.

The Big Reviewski || JOE · The Big Reviewski with Dune, a mini-Hangover reunion & the best of Timothée Chalamet
popular
PICS: The man with the biggest penis in the world has one unbelievable problem with it
Report: Crew left Alec Baldwin film set in protest before fatal shooting
9 of the best horror movies on Netflix right now
The 50 most iconic songs of all time* have been revealed
The JOE Friday Pub Quiz: Week 266
The JOE Music Quiz: Week 78
QUIZ: Can you name all the countries beginning with L?
You may also like
2 years ago
First footage from IT: Chapter Two terrifies audiences in Las Vegas
2 years ago
Pet Sematary traumatised me as a child but I watched it all over again in preparation for the remake
2 years ago
One of Stephen King's best books is being turned into a TV series
2 years ago
Netflix set 2019 release for their movie based on one of Stephen King's most disturbing horror stories
3 years ago
Stephen King says The Haunting of Hill House is 'close to a work of genius'
3 years ago
#TRAILERCHEST: The new trailer for Stephen King's Pet Sematary will haunt your dreams
Next Page