To mark the release of R.I.P.D. this week, JOE picks our favourite film adaptations of comic books.

R.I.P.D. is a supernatural comedy film directed by Robert Schwentke (Flightplan, RED) and is based on the Dark Horse Entertainment comic book, Rest in Peace Department by Peter M. Lenkov. Starring JOE favourites Ryan Reynolds and Jeff Bridges as two undead police officers, R.I.P.D. is scheduled for release on September 20 2013. 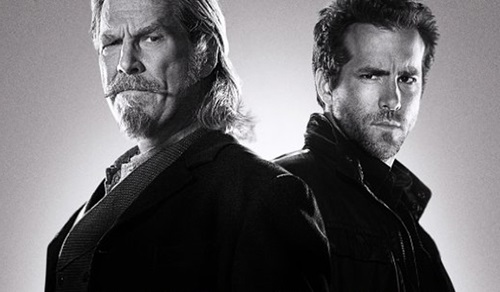 END_OF_DOCUMENT_TOKEN_TO_BE_REPLACED

Joss Whedon’s brilliant addition to the comic-book film canon is based on Stan Lee and Jack Kirby’s Marvel series, The Avengers. The film was undoubtedly one of the best of 2012 and is funny, frenetic and fantastic, seeing everyone’s favourite superhero pals team up to take down “puny God” Loki and his hordes of alien followers.

Created by Jerry Siegel and Joe Schuster in 1933, Superman has since become an American cultural icon and, in 1978, Christopher Reeves starred as Kal-El and his mild mannered alter-ego Clark Kent in what was essentially the first ever comic book movie. To this day, the original remains one of the greatest.

Goosebumps at the ready everyone:

Although Tim Burton’s 1990 adaptation of DC Comics’ and Bob Kane’s Batman was excellent, it really is hard to top the middle installment of Christopher Nolan’s inspired series reboot, primarily due to the fact that there was thankfully not a nipple-ified Batsuit in sight.

Starring Christian Bale as the titular hero, The Dark Knight was a masterclass in filmmaking and owed so much to its perfect villain, Heath Ledger’s Joker.

After entertaining audiences with the very enjoyable X-Men in 2000, director Bryan Singer went one better with his super sequel three years later. Adapting Stan Lee and Jack Kirby’s Marvel Comics creation, Professor X (Patrick Stewart) and his team of mutant superheroes battled with the evil Magneto (Ian McKellan) in a bid to protect both human and mutantkind.

One of JOE’s favourite mutant additions was Alan Cummings’ Nightcrawler, who starred in one of the best ever scenes in any comic book adaptation – the film’s opening attack on the White House:

Based on the Japanese Manga of the same name by Nobuaki Minegishi and Garon Tsuchiya, Oldboy is an incredible tale of betrayal and revenge that is unfortunately now being given the Hollywood 'unnecessary remake' treatment. Instead of watching that inevitable guff when it comes out though, treat yourself to the hammer-wielding, live-octopus-eating madness of Park Chan-wook’s Korean original.

Now this is the proper way to do DIY:

popular
Gardaí warning people not to make unnecessary journeys in anticipation of Storm Barra
Man dies after being attacked by newly calved cow in Mayo
Carlow woman banned from keeping animals for life after starving dogs to death
This new rom-com about writing a Christmas #1 is absolutely going to make you cry (in a good way!)
A terrific crime thriller is among the movies on TV tonight
The JOE Movie Quiz: Week 131
"Danger to life" risk with Storm Barra "weather bomb", warns Met Éireann
You may also like
3 days ago
TG4 reveals its very impressive line-up of Christmas movies
3 days ago
Alec Baldwin says he does not feel guilt over film-set shooting of Halyna Hutchins
4 days ago
The movie described as "Showgirls in a convent" has a tentative Irish release date
4 days ago
Six must-watch movies coming to Irish cinemas this December
4 days ago
One of 2021's most overlooked movies and 7 more movies and shows to watch this week
4 days ago
Here are all the movies on RTÉ this Christmas
Next Page