Ready? Then follow us as we find out all there is know about the modern day classic from 2004, Eternal Sunshine of the Spotless Mind. 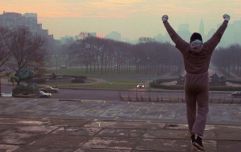 END_OF_DOCUMENT_TOKEN_TO_BE_REPLACED

Tag Line: 'I already forget how I used to feel about you.'

'Eternal Sunshine,' as it's better known, is the movie your hipster friend won't shut-up about and it's also the film that contains the best crying scene in movie history.

If you've seen it, you know what we're talking about and if you haven't, don't worry, everybody's got to learn sometime. 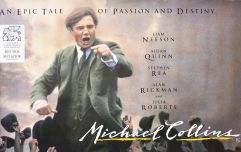 END_OF_DOCUMENT_TOKEN_TO_BE_REPLACED

Here are the basics: there is a couple. This couple's relationship is falling apart and, after a particularly bad argument, Kate Winslet's character Clementine decides to get a procedure to rid herself of all the memories of her boyfriend, Jim Carrey's Joel.

Joel finds out what happened, so eventually decides to do the same. They both then realise the value of what they're throwing away and do their best to keep those moments they've shared.

With varying levels of creepiness, the company that carries out the procedure do their best to complete the job.

Elijah Wood puts in a stellar performance as the seedy memory eraser who uses his workplace knowledge to manipulate Clementine.

Kirsten Dunst plays Mary, a junior member of staff who is infatuated with the doctor who discovered the procedure. She offsets her frustration by toying with the emotions of Mark Ruffalo's lovable lamb, Stan.

It is a movie that asks the question 'is it better to have loved and lost than to have no memory of your love at all?'

In an interview with Empire, Winslet stated that this was her favourite ever performance.

Considering the characters she has embodied, that is a serious endorsement of the writing of Charlie Kaufman and the direction of Michel Gondry.

One interesting facet of her performance is that the real Clementine (the one that's not in Joel's imagination) is only on screen for approximately 20 minutes. The real world Clementine, known by her trademark blue hair.

That would have been a completely different movie

Nicolas Cage was considered for the role of Joel before Carrey took an interest. Cage is more than capable of amazing performances; nonetheless we're not convinced he would have been capable of the subtle melancholy required for this role.

Before Elijah Wood was cast as Patrick, Seth Rogen auditioned for the part. We can actually picture Rogen doing a great job in the role. As an aside, maybe he - and we - could have avoided his tired brand of predictable stoner movies if he had landed it.

This movie is full of continuity errors, but the vast majority of them are deliberate. During the additional extras on the DVD, the movie makers explain how this is supposed to represent Joel's dissipating memories.

We might use the same excuse the next time we publish an article with loads of typos in it.

What do Master and Commander: The Far Side of the World, Mystic River and Seabiscuit have in common? The answer is they were all rated higher by the academy that year; those three were nominated for the Best Picture Oscar while Eternal Sunshine was ignored.

The movie did pick up the Best Writing, Original Screenplay award and Kate Winslet was nominated for the Best Actress gong, but that was it.

The makers of Eternal Sunshine shouldn't be too bothered, though, as it has the recognition it deserves: a JOE Film Flashback. That's an honour that Seabiscuit will never have.