The court delivered its ruling on Monday morning.

Actor Johnny Depp has lost his high-profile libel case against The Sun over the newspaper's reporting of him as a "wife beater".

Depp, the star of such Hollywood blockbusters as Pirates of the Caribbean and Fantastic Beasts, brought the libel case against the Sun’s publisher, News Group Newspapers (NGN), and its executive editor, Dan Wootton, over a story which he claimed damaged his reputation. 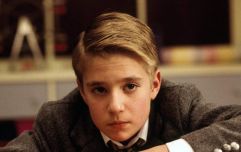 END_OF_DOCUMENT_TOKEN_TO_BE_REPLACED

The ruling, delivered by Mr Justice Nicol and published online this morning, found that the newspaper did enough to justify its reporting of Depp as a "wife beater".

Under UK law, The Sun had to prove its reporting to be true on the balance of probabilities, while Depp had to prove that his reputation had suffered "serious harm".

In response to the ruling, The Sun released a statement, saying: "The Sun has stood up and campaigned for the victims of domestic abuse for over 20 years. Domestic abuse victims must never be silenced and we thank the judge for his careful consideration and thank Amber Heard for her courage in giving evidence to the court."

popular
Garda union hits out at "absolute confusion" over outdoor drinking and dining
The Queen appealing for volunteers to weed the garden of her Sandringham Estate
Gardaí will use "discretion" over outdoor drinking at pubs and restaurants
Unvaccinated people will be able to travel abroad this summer with Covid cert, says Leo Varadkar
The Lisdoonvarna matchmaking festival has been cancelled for a second year
QUIZ: Can you name all these European countries from a list of cities?
The JOE Movie Quiz: Week 107
You may also like
4 hours ago
Man in his 60s killed following assault at home
2 days ago
"You don't have to man up... be vulnerable." Keith Walsh on the need to change attitudes to men's mental health
2 days ago
Appeal made for witnesses after cyclist hit by car in Dublin
3 days ago
Pornhub sued by dozens of women over alleged image based and child sexual abuse
4 days ago
Family of Garda Colm Horkan say "life will never be the same" one year after tragic death
4 days ago
Two teenagers die in separate incidents in Dublin and Waterford
Next Page