Joker's depiction of mental illness is questionable, to say the least

This article contains spoilers for Joker.

Manufactured controversy or not, the conversation around Joker is arguably more intriguing than the film itself.

The Joaquin Phoenix-tinted origin story of the Clown Prince of Crime is proving polarising enough, though plenty of critical praise, some of an especially hyperbolic sort, has been recorded.

END_OF_DOCUMENT_TOKEN_TO_BE_REPLACED

Yet one cannot help but feel that Todd Phillips' - he of Old School and the Hangover series fame - take on Batman's chief nemesis is less Taxi Driver, more Road Trip.

But, I digress. Let us focus on a disappointing to the point of being legitimately troublesome aspect of Joker; its depiction of mental illness and associated stigma.

There is nothing inherently irresponsible in writing stories that feature damaged individuals at the forefront. Great drama comes from conflict and a human being at war with themselves - for whatever reason - is likely to result in a far more interesting narrative than that of a perfectly content, potentially mundane protagonist. 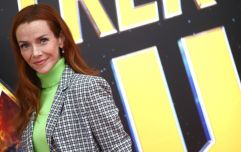 END_OF_DOCUMENT_TOKEN_TO_BE_REPLACED

You do need to stick the landing, though.

In the case of Joker, there exists the prevailing dread that someone may exit a screening with the message that people who suffer from mental illness are to be feared, and that you should treat them with care and respect not because they deserve compassion, but because they might kill you.

There are plenty of high profile examples of television and cinema that examine mental struggles, even making them the defining trait of the lead character, with respect and in search of an overall thesis.

Mr. Robot, a breakthrough for Rami Malek before the spirit of Freddie Mercury possessed him, offers a hauntingly accurate, carefully conscious portrayal of mental decay, particularly in its first couple of seasons. The viewer feels as if they are present with Malek's Elliot Alderson to the point of difficult intimacy. His pain is real. 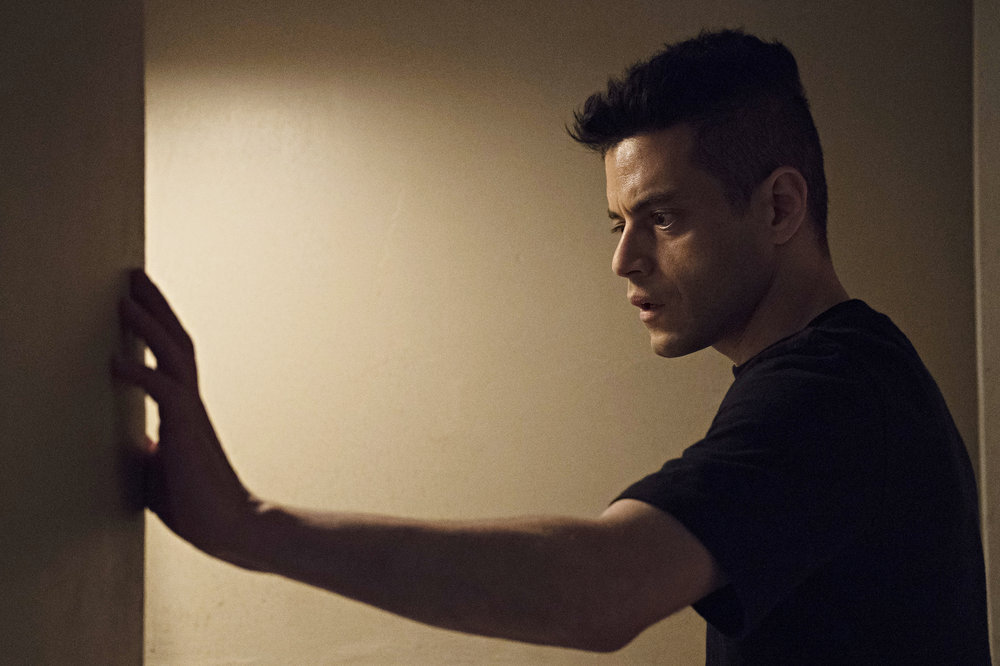 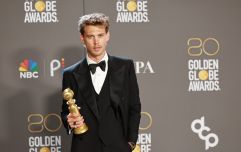 END_OF_DOCUMENT_TOKEN_TO_BE_REPLACED

Fight Club is not necessarily a film that you associate with sensitivity - and it has unfortunately been co-opted and possibly ruined by those who mistook biting critique as ringing endorsement - but it stands as relevant, well-crafted social commentary. The minions of Project Mayhem aren't cool. They are buffoons.

Hell, even the on-the-nose usage of Pixies classic 'Where Is My Mind?' works in cheeky knowing context, rather than representing a crass dig as some have posited.

Joker has a needle drop of its own at a pivotal moment. Late in the game, convicted paedophile Gary Glitter's 'Rock and Roll Part 2' blares over beautifully realised sun-kissed cinematography of Joaquin Phoenix, in full vibrant garb, pirouetting on stairs. Jaw-dropping provocation or bizarrely ignorant selection? The film doesn't seem sure.

As with Fight Club, this moment is played as one of transformative celebration. Unlike David Fincher's stinging satire, our hero hasn't purged himself of an inner demon as he attempts to finally move forward in life. Instead, he has thoroughly given in to darkness and chaos, proud of gruesome violence already carried out, at peace with further horror to follow.

An element that all three aforementioned works have in common - aside from unreliable narrators at each core - is the idea that mental illness somehow equates to something of a demonstrable superpower.

On paper, the general idea of taking ownership of your situation, particularly when under crippling duress, is to be both encouraged and applauded. Just not quite like this, however.

Joker's beaten-down Arthur Fleck may rely on conventional weaponry, but his drive to employ such tools stems from a downward spiral that coincides with no longer having access to vital medication.

Fight Club conjures a physical manifestation of supreme confidence. "I look like you wanna look, I fuck like you wanna fuck," Tyler Durden underlines, matter-of-factly, when the truth emerges in the final act. Durden may look the part, but he is a terrible liar, drowning out everyone else in the manner that depression excels at.

Mr. Robot, meanwhile, presents Elliot Alderson as a genius hacker, routinely abused by those who seek to exploit his talents for personal gain. His 'gifts' bring little joy. Neither of the last two figures are especially endowed by their defects. There's no glamour here, even if you see 1999 Brad Pitt in the mirror.

You might opine that Fleck is the same, but I would disagree. Once he has carried out a painfully predictable act of pre-Internet viral mayhem that inspires an entire city to rebel, riot and murder, director Todd Phillips is evidently in awe of his poster boy. 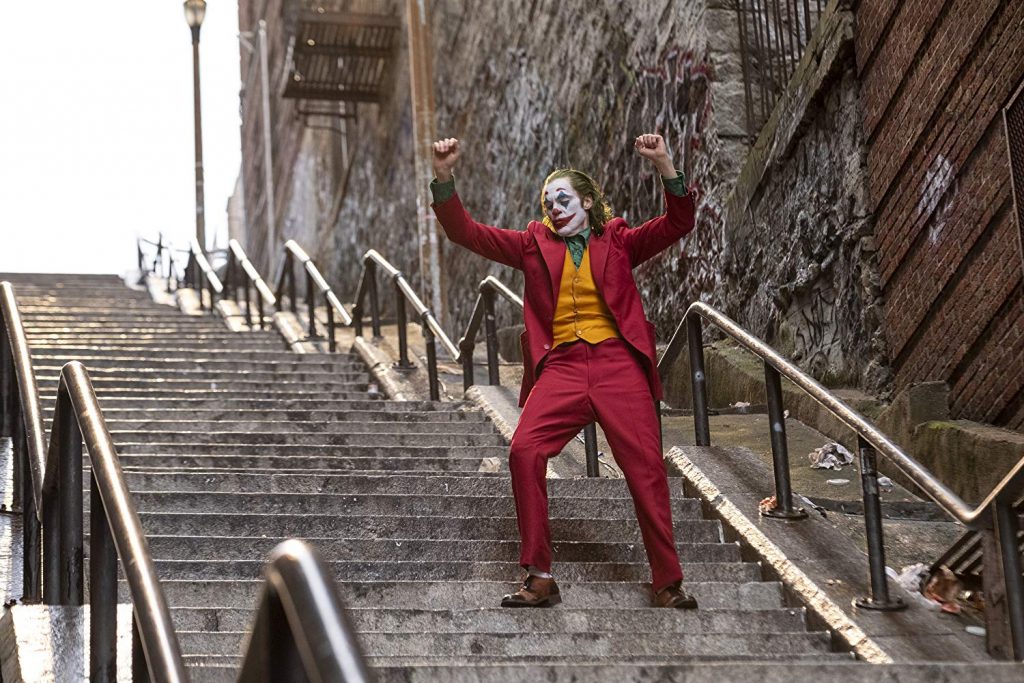 Fleck's discomfort, viscerally realised by Phoenix in the type of performance that he uniquely excels at, is spawned from a fair enough place of societal resentment and mistreatment.

At one point, his battered, distressed journal is held in focus long enough for the following words to register:

"The worst part about having a mental illness is people expect you to behave as if you don't."

There's truth and power in that. Similarly, Fleck's neurological condition that sees him carrying a card in order to explain to strangers why he laughs uncontrollably at inevitable inopportune times carries with it a crushing sorrow. Same goes for the ruthless cost-cutting of social services and the impact that finds the most vulnerable falling through the cracks.

These are valid concepts, and credit goes to the script - penned by Phillips and Scott Silver - for incorporating them. However, they turn out to be punctuation marks rather than the means of purposeful conversation.

"What do you get when you cross a mentally ill loner with a society that abandons him and treats him like garbage?" Fleck muses as the clock runs down.

"You get what you fucking deserve," he adds, unleashing a devastating signature that becomes a mantra for others, itself quoted back as murder begets chaos. 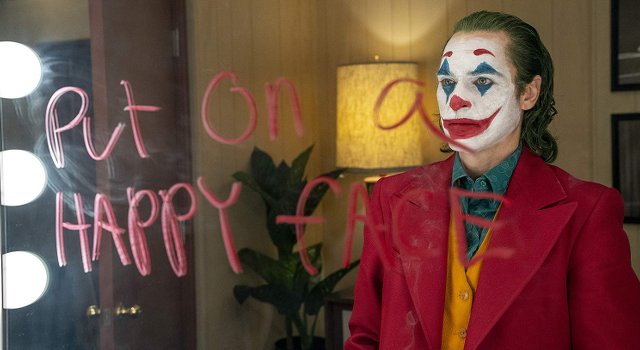 The victims in this grim fairytale are - often though not exclusively - rich, cruel and seemingly sound of mind, so it's probably fine, right? They get what they fucking deserve. Painting in such broad strokes is what you expect from Phillips, but he only robs himself and the marginalised souls that he seeks to elevate in the process.

A week before Joker went on general release, the Guardian ran a frankly baffling think-piece that praised the picture for making "great disability art by letting its hero bite back", shouting out a portrayal of downtrodden victims taking power back on their own terms.

You can see what the author was going for. Alas, positioning the blood-soaked Fleck as an audience identification character is both alarming and misguided, nor should his actions be celebrated as Phillips worryingly suggests.

"Not by shooting people, but with smart, anarchic direct action," the piece concludes. Fleck does shoot people, though. If anything, he's rather skilled at it, not to mention satisfied by his proficiency.

He's also broken from the opening frame, and rather than illustrate a compelling, empathetic battle for Arthur's soul and a genuine care for mental health problems, the story determinedly moves, and punches, downward, deep into the muck.

In this, and in so many other ways, Joker ain't it.