Jon Snow's real name was revealed in the Game of Thrones season finale, it seems

All you need is extra-strength hearing, the help of a lip-reading expert or to watch the scene about 50 times.

Jon Snow's parentage has been a talking point amongst fans of Game of Thrones for a long time now, and the season six finale confirmed that he is indeed the son of Lyanna Stark (sister of Ned Stark) and Rhaegar Targaryen (brother of Daenerys).

One reddit user and Game of Thrones obsessive by the name of sparkledavisjr has watched the scene on repeat before coming to the conclusion that the words spoken softly by Lyanna Stark as she died were "His name is Jaehaerys."

"Pizza, steak... I mean I pretty much consumed anything." Jason Momoa on his Khal Drogo Game of Thrones diet

END_OF_DOCUMENT_TOKEN_TO_BE_REPLACED

Jaehaerys is a name that will be familiar to those who know their Westerosi history. Jaehaerys was the name of the fourth Targaryen to sit the Iron Throne, known to have been wise and dignified.

Jaehaerys was also the father of the Mad King Aerys Targaryen, and the grandfather of Rhaegar, Daenerys and Viserys.

This image, uploaded to the official Making Game of Thrones blog confirms that Lyanna is indeed Jon's parent, as opposed to Ned Stark - as the show suggested at its outset. 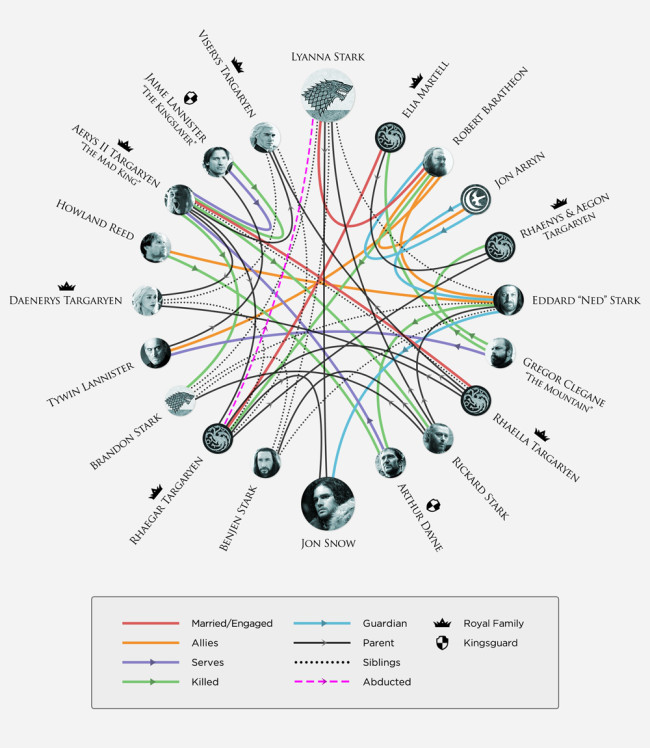 House of Rugby Ireland · Ireland's feel-good win, Casey's initiation song, scrapping Sexton and Scott Williams interview
popular
UK holiday firm Pontins used Irish surname blacklist to stop bookings
One of the most fertile men in Ireland is a guest on tonight's Claire Byrne Live
Woman arrested after multiple Garda cars chase vehicle from Ballymun to Wicklow and back
Ant Middleton dropped by Channel 4, will no longer present SAS: Who Dares Wins
Rick and Morty creator reacts to dropping one of the first f-bombs on Disney+
Paul Mescal lands role in Irish revenge thriller Bring Them Down
Man arrested in connection with firework attack on Gardaí
You may also like
2 months ago
Game of Thrones star Sophie Turner takes swipe at anti-mask Covid sceptics
8 months ago
Game of Thrones isn't the best fantasy series ever, LOST is
9 months ago
QUIZ: How well do you remember the final season of Game of Thrones?
11 months ago
Legendary actor Max von Sydow has died, aged 90
1 year ago
WATCH: Peter Dinklage pays tribute to Northern Ireland in SAG acceptance speech
1 year ago
Game of Thrones prequel, House of The Dragon, looks set to arrive in 2022
Next Page