The actor was announced as host on Tuesday but has stepped down after three days of criticism.

Kevin Hart has stepped down as host of the next year's Academy Awards ceremony after facing a backlash over homophobic jokes the comedian has made in the past.

Hart announced the decision to withdraw from the ceremony on Twitter on Friday, apologising to the LGBTQ community and stating that he did not want to be a "distraction" at the event. 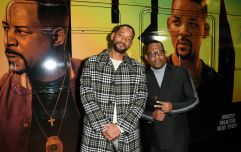 END_OF_DOCUMENT_TOKEN_TO_BE_REPLACED

“I have made the choice to step down from hosting this year’s Oscars,” wrote Hart, who as well as his stand-up work has recently starred in Jumanji: Welcome to the Jungle and Night School.

“This is because I do not want to be a distraction on a night that should be celebrated by so many amazing talented artists. I sincerely apologise to the LGBTQ community for my insensitive words from my past.

“I’m sorry that I hurt people. I am evolving and want to continue to do so. My goal is to bring people together not tear us apart. Much love and appreciation to the Academy. I hope we can meet again.”

I'm sorry that I hurt people.. I am evolving and want to continue to do so. My goal is to bring people together not tear us apart. Much love & appreciation to the Academy. I hope we can meet again. 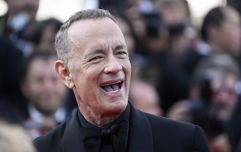 END_OF_DOCUMENT_TOKEN_TO_BE_REPLACED

On Instagram, the actor also uploaded a video only hours earlier in which he explained that the Academy demanded a public apology for his homophobic tweets from 2009 and 2010, a public apology Hart initially didn't believe was necessary due to addressing the controversy in the past. 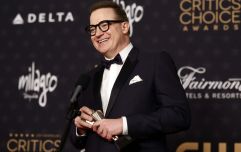 END_OF_DOCUMENT_TOKEN_TO_BE_REPLACED

Some of the tweets Kevin Hart has faced criticism for can be found below as dug up by Guardian US editor Benjamin Lee, along with a sketch from his 2010 standup show Seriously Funny in which he riffs on his fear of his three-year-old son being gay.

Chad Griffin, the head of an LGBT civil rights advocacy group called the Human Rights Campaign, responded to Hart on Twitter with the following message:

"You have a rare opportunity to take responsibility, teach people in this moment, & send a message to LGBTQ youth that they matter & deserve dignity & respect.

popular
One of the most underrated crime thrillers of recent years is among the movies on TV tonight
Netflix has just added 12 very big movies to their library
5 years ago, Hollywood took a massive gamble on a huge sequel... and lost big time
Tom Hardy set to play Hannibal Lecter-type serial killer in new series
Netflix backtracks on anti-password sharing measures following user outcry
‘Older’ woman who took Prince Harry’s virginity gives her side of the story
Guy Ritchie's new war movie looks like it'll be a very emotional watch
You may also like
2 days ago
The JOE Friday Pub Quiz: Week 332
3 weeks ago
Boy bullied over dwarfism lands role alongside Chris Hemsworth in Mad Max film
4 weeks ago
The JOE Friday Pub Quiz: Week 328
1 month ago
Glass Onion is now Netflix's 'third most-watched film'
1 month ago
Elon Musk referenced The Matrix and fans all pointed out one obvious thing
1 month ago
The JOE Friday Pub Quiz: Week 327 - the 2022 roundup
Next Page