WATCH: John Oliver takes aim at one of America's most hated men (no, not Trump)

Volatile. Loud. Abrasive. Charismatic (to some). Bile-fuelled (to others). In a dangerous position of influence and power. And no, we're still not talking about Trump.

After a month off (we missed you!), John Oliver is back with Last Week Tonight, and this time he brings up Alex Jones.

If you don't know who that is, don't worry, you definitely will have happened across one of his rants at some point, like this one in which he claims the American government have turned tap water into a "gay bomb", and he isn't super happy about it...

Anyways, Oliver attempts to give a more balanced approach to a man that would be very easy to make a rash opinion about (again, not Trump), and goes in deep on one of the most opinionated men in America.

Thankfully, we condenses it down to just one 20-minute clip, instead of the FOUR HOUR show that Jones has on each week. 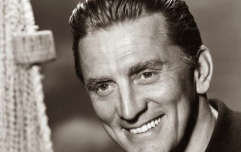 END_OF_DOCUMENT_TOKEN_TO_BE_REPLACED

But if you thought that John Oliver and his LWT crew would let their return go by without at least grazing Trump with a warning shot, then you clearly haven't been watching enough of this show.

The issue of Anthony Scaramucci came up, including his now already infamous "suck his own c*ck" line about his predecessor, and Oliver has a great time with the newscasters who were forced to report the story without using the harsh language.

It is ... a properly transcendent moment for modern television.