A huge year for the annual highlight.

Did you watch The Late Late Toy Show on Friday?

If not, here's a round-up of the main highlights.

It was, indeed, emotional. Hugely popular, too, if figures released by RTÉ on Monday are anything to go by.

According to the national broadcaster, over 1.7 million people tuned in to watch this year's edition of the Toy Show, making it the most-watched Irish television production of the year.

That number is comprised of those who watched it live on RTÉ One, via the online RTÉ Player and the repeat airing on Saturday afternoon.

"We have been totally taken aback by the response to The Late Late Toy Show on Friday," said host Ryan Tubridy. 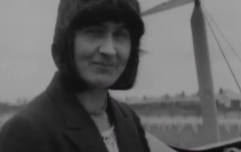 END_OF_DOCUMENT_TOKEN_TO_BE_REPLACED

"We were just bowled over by the children, all of whom came out with these beautiful stories and lessons in life and above all else, a sense of kindness and warmth and innocence and childhood, which is the essence of The Late Late Toy Show experience.

"The numbers are great, and the love and support is reflected in the texts and emails we have been getting from around the country and around the world from people who really seem to have connected with the show."

Having promoted the use of the RTÉ Player across the world in advance, a total of 233,000 streams were recorded, coming from 100 different countries.

"Months of preparation go into this complex and demanding show, and so to see The Late Late Toy Show touch so many people, all across Ireland, is especially welcome," said RTÉ Director of Content Jim Jennings.


popular
QUIZ: Can you name all the Irish counties just by their shape?
PERSONALITY TEST: What percent tosser are you?
Ted Bundy documentary featuring long-term girlfriend Elizabeth Kendall released this week
25 jokes which make Airplane! one of the funniest movies of all time
QUIZ: Can you match the Father Ted quote to the character that said it?
Ireland's longest bridge is set to open today
PERSONALITY TEST: Which Peaky Blinders character are you?
You may also like
5 days ago
New Angela Scanlon show to fill Saturday night slot on RTÉ
1 week ago
Sinn Féin is "taking legal advice" due to being excluded from RTÉ leaders' debate
2 weeks ago
Dermot Bannon's Room To Improve special ends tonight
2 weeks ago
These were the most watched TV programmes in Ireland last year
3 weeks ago
The prequel to American Gangster starts on RTÉ this week and it has some excellent reviews
3 weeks ago
The Late Late Show's tribute to Marian Finucane was extremely emotional
Next Page