All the best new TV and movie trailers from the week gone by...

Hello there and welcome to JOE's round-up of the most eye-catching movie and TV trailers that dropped this week.

From the latest epic of Paul Thomas Anderson (Boogie Nights, There Will Be Blood) to a Netflix western starring Idris Elba to a TV series centring around an iconic horror villain, there was plenty to be interested in.

From Boogie Nights to There Will Be Blood to The Master, writer-director Paul Thomas Anderson has made a handful of the best movies of the last 25 years so we would always be interested in his latest project.

Bradley Cooper, Sean Penn and Tom Waits co-star in the film which is set for release in Ireland sometime this year.

The Harder They Fall

END_OF_DOCUMENT_TOKEN_TO_BE_REPLACED

Westerns aren't made with the frequency they once were and it's a shame. So, when a movie comes along like The Harder They Fall, it's exciting.

When you add to that its star-studded cast including Delroy Lindo, Idris Elba, Jonathan Majors, Lakeith Stanfield, Regina King and Zazie Beetz, this is a movie we will be watching as soon as it hits Netflix on 3 November. 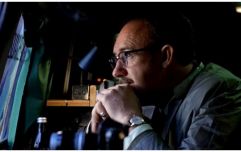 END_OF_DOCUMENT_TOKEN_TO_BE_REPLACED

The long-running horror movie series about a doll inhabited by the soul of a serial killer is heading to TV.

With many favorites of the franchise returning for the show, including Brad Dourif as the voice of the title character, fans of the Chucky films won't want to miss this.

Though the series will premiere in the US on 12 October, an Irish release date has not been set so watch this space.

This Irish-Polish drama features rising star George MacKay (1917) playing a man who believes he is a wolf trapped in a human body.

He is sent to a clinic by his family where he is forced to undergo increasingly extreme forms of "curative" therapies at the hands of The Zookeeper (Paddy Considine).

It is expected to be released in Ireland in early 2022.

This sequel to 2019 arthouse favourite The Souvenir centres on a young aspiring director (Honor Swinton Byrne) in the 80s who after a tumultuous relationship attempts to make her graduation film.