We're used to seeing them fight corruption, but now we'll see the cast of Line Of Duty take on the week's telly on Celebrity Gogglebox.

Adrian Dunbar, Vicky McClure and Martin Compston will be letting cameras in to their living room and watching some of the week's best TV while raising much-needed cash for Stand Up To Cancer.

END_OF_DOCUMENT_TOKEN_TO_BE_REPLACED

Forget acting, if you saw the viral video recently of these lads attempting TikTok dances you'll know we're in for a treat as we watch them let their hair down and give some honest opinions on the best that British TV has to offer.

Also joining the Channel 4 show will be The Who's lead singer Roger Daltrey, comedians John Bishop and David Mitchell, and football favourite Harry Redknapp and his wife Sandra.

We'll also see the return of Laura Whitmore and her boyfriend Iain Stirling, Eamonn Holmes and Ruth Langsford will be back as well as Roman and Martin Kemp, Nicola Adams, YouTuber KSI and Jools Holland among others. 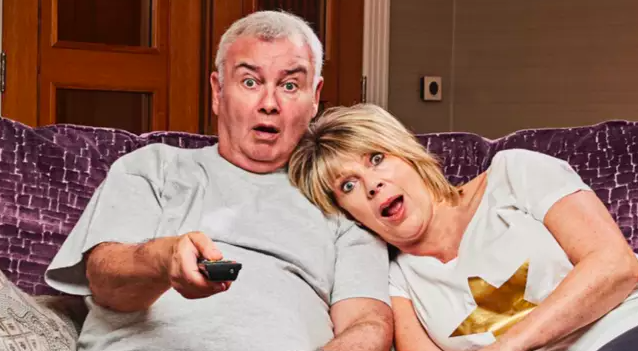 END_OF_DOCUMENT_TOKEN_TO_BE_REPLACED

The Line Of Duty cast are currently filming season 6 of the show after an initial delay due to the Covid-19 pandemic, we're thrilled they're involved and we can't quite believe we've made it to the end of this story without adding in the Gogglecops joke.

This unmissable night of TV will take place on Channel 4 on Friday, 23 October.