The line-up for tonight's Graham Norton Show is here

A great night to stay in and watch telly.

The Graham Norton Show is back this Friday evening to fill the gaping hole that the Late Late Show's summer hiatus has left us with.

As well as all the football, those staying in for the evening have loads in store telly-wise, including a load of movies and the BBC talk show which boasts a string of A-listers this week.

The Cork comedian will be joined by the stars of the upcoming Ocean's 8; Sandra Bullock, Cate Blanchett, Helena Bonham Carter and Rihanna.

The film, which features an ensemble cast, is a spin-off from Steven Soderbergh's Ocean's trilogy. The plot follows a group of women, led by Debbie Ocean, the estranged sister of Danny Ocean, who plan on robbing the Met Gala.

Ocean's 8 is released in Irish cinemas on Monday, 18 June. 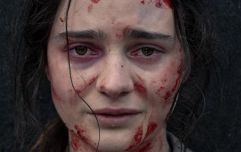 END_OF_DOCUMENT_TOKEN_TO_BE_REPLACED

The actresses have been providing some serious laughs and stories on the film's current press junket, and we're sure Friday night's show will be no different.

And in terms of music for the evening, Norton will welcome indie group Years & Years to the studio, who will be performing their new single 'If You're Over Me'.

The Graham Norton Show airs at 10.35pm on BBC One.


popular
Here's Week 21 of JOE's 19 in 90 quickfire quiz
Interactive infographic shows real-time spread of coronavirus outbreak
The 50 most iconic songs of all time* have been revealed
Galway parish reports record high attendance at Ash Wednesday drive-thru
Emirates is recruiting new cabin crew members in Galway for tax-free jobs
Rallies prove that Sinn Féin are playing the game better than anyone else right now
Singer Duffy reveals she was drugged and raped while being held captive
You may also like
6 months ago
QUIZ: Is this a Robert De Niro film, or an Al Pacino film?
8 months ago
TRAILERCHEST: The first official trailer for Rambo: Last Blood is finally here
10 months ago
Here are all the new titles coming to Netflix in May
11 months ago
Ireland's richest entertainers have been revealed, with U2 taking top spot
1 year ago
Chris Hemsworth uses this HIIT workout to get into superhero shape
1 year ago
Any wannabe writers out there will want to check out this unique event in Dublin
Next Page