The credits tell an awful lot.

With Making A Murderer: Part Two now available to watch on Netflix, documentary fans are getting reacquainted with the case surrounding the murder of Teresa Halbach and the subsequent convictions of Brendan Dassey and Steven Avery.

Of course, while the majority of the public will consume the series as "entertainment," Laura Ricciardi and Moira Demos, the directors of the documentary, have stressed the severity of the case and reminded people that this is very real.

END_OF_DOCUMENT_TOKEN_TO_BE_REPLACED

While the theories and allegations continue to dominate the discussion, there's one irrefutable fact: a 25-year-old woman was murdered.

In fact, when JOE had the chance to interview them, that's a point they were keen to stress.

If you're not up to date with the real life events of the case and the new suspects that have been implicated in the Steven Avery case - or if you're watching the documentary and have yet to hear Kathleen Zellner's allegations about the potential killer - consider this to be your spoiler alert.

At the end of every episode in Part Two, you may have noticed that there's a title card which shows the names of people who refused to take part in the documentary.

Ricciardi and Demos chose to include the list in part as a response to the biggest criticism of Season One.

Essentially, some people claimed that the documentary had not included enough counter arguments or contributors that spoke against Avery and Dassey.

END_OF_DOCUMENT_TOKEN_TO_BE_REPLACED

For example, some of these names include the family and friends of Teresa Halbach, former district attorney Ken Kratz - more about his involvement in Part Two here - and two men that Zellner has alleged were involved in Halbach's death, Brendan Dassey's brother, Bobby Dassey, and Steven Avery’s brother in law, Scott Tadych.

In case you're unfamiliar with the allegations that were made against Bobby Dassey and Scott Tadych, here are the most salient points. 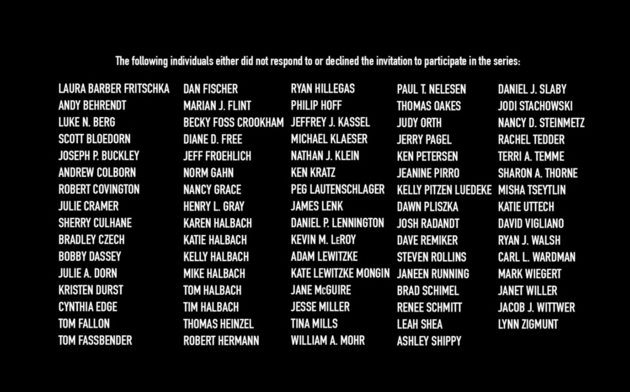 Older brother of Brendan Dassey and nephew of Steven Avery, Bobby Dassey was one of the first court interviews shown during Part One of Making A Murderer.

Earlier this year, Kathleen Zellner submitted a 599-page filing to the Wisconsin Circuit Court which included a request for them to consider fresh evidence in her client’s latest appeal. 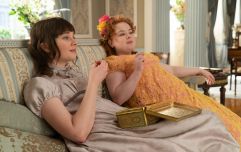 END_OF_DOCUMENT_TOKEN_TO_BE_REPLACED

Zellner claims that a CD-rom with data from the Dassey family computer does support the argument that Bobby Dassey lied in court.

On the morning of Halbach's murder, Bobby Dassey said that he slept until the afternoon. Zellner claims that Dassey accessed the internet several times on that particular day and that he saw Halbach on the morning that she died.

Essentially, she alleges that Bobby Dassey’s testimony was false.

With regards to the contents of the CD, it's alleged to have contained “images of violent pornography depicting women being tortured and violated that Zellner says were largely accessed at times when only Bobby Dassey was home," as reported by Rolling Stone.

"Many of the images bear a striking resemblance to Ms. [Teresa] Halbach and to the nature of the crime committed against her," Zellner adds.

At the time of the trial, Bobby Dassey was never mentioned as a third-party suspect due to lack of evidence and an absence of motive.

“The State had no real interest in outing Bobby’s perversions and obsession with dead female bodies – after all, they didn’t want the jury to see their star witness was a developing sexual psychopath,” Zellner said in a statement.

With regards to Scott Tadych, Brendan Dassey's stepfather, Zellner claimed in 2017 that he allegedly gave a false testimony at trial.

The Rolling Stone report also states that another witness has signed an affidavit claiming that he saw Halbach’s RAV-4 parked near property owned by Tadych.

With regards to the full list of people that refused to be interviewed in Making A Murderer: Part Two, here they are:

House of Rugby Ireland · Munster's nail-biting win, European games in doubt and Darren Cave interview
popular
QUIZ: Name all the counties of Ireland that contain 3 vowels or more
Recall of Pedigree dog food over safety concerns
QUIZ: Can you correctly identify these European country flags?
The JOE Friday Pub Quiz: Week 226
QUIZ: Can you pass your driving test and guess the meaning of all these road signs?
QUIZ: Can you guess the drink from its can?
The JOE Movie Quiz: Week 84
You may also like
1 week ago
Tanya Roberts alive despite reports of her death, confirms representative
1 week ago
Netflix’s new true crime documentary examines one of the most infamous serial killers in US history
1 week ago
Former Love Island star Zara Holland charged in Barbados for breaching Covid-19 rules
1 week ago
New landmark documentary on Martin McGuinness to air on TV this week
1 week ago
New series of Reeling In The Years to air on RTÉ this spring
2 weeks ago
QUIZ: How well do you remember Ted's Golden Cleric speech in the Father Ted Christmas special?
Next Page