LOOK: Hoooowwwwdy-ho! This person turned a birthmark into the perfect South Park tattoo

One of the first things that made us notice that South Park wasn’t a conventional TV show was when in their first season Christmas episode, they introduced Mr Hankey – a recurring character that was literally a piece of talking poo. Mr Hankey has gone on to be a beloved part of the shows mythos, even having his own festive CD.

However, would you want a piece of poo tattooed on you?

That’s what this South Park fan did though – in order to cover up a brown birth mark on their leg. And it looks pretty great. 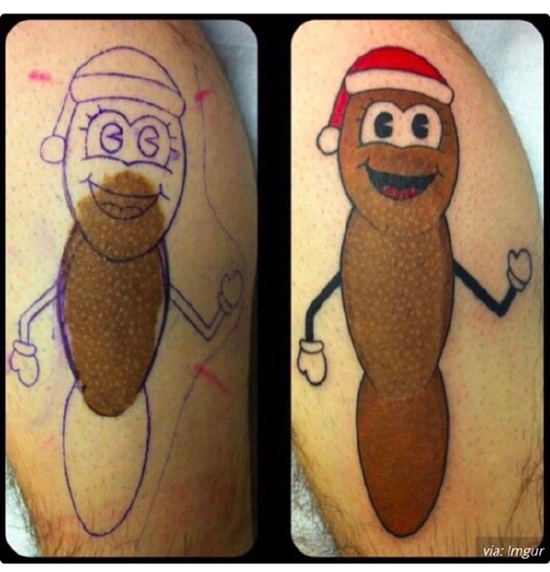 We won’t mention that they also now have a Christmas tattoo all year long, either…

popular
Amazon Prime Video has quietly added 18 big releases to its library
Here's where all the 149 tickets that won €36,687 in Saturday's Lotto were sold
Man arrested on suspicion of the murder of Ashling Murphy
Moon Knight could be leading directly into Marvel's scary version of the Avengers
Confirmation on lifting of restrictions for pubs and events expected this week
Leo Varadkar wants to set March date as deadline to end "almost all" legal Covid restrictions
New HBO comedy series looks like a must watch for Flight of the Conchords fans
You may also like
2 months ago
A modern action-comedy classic is among the movies on TV tonight
5 months ago
The creators of South Park will be making FOURTEEN new South Park movies in the next six years
2 years ago
EDM sensation Zedd banned from China because he 'liked' a South Park tweet
3 years ago
South Park brutally trolled The Simpsons in its latest episode
3 years ago
WATCH: South Park is taking on the Kavanaugh hearings in the next episode
3 years ago
WATCH: South Park returns with an episode about school shootings in America
Next Page