Two of the best film-makers in the world, working together on a jaw-dropping project.

Netflix announced on Monday that they are teaming up with Tim Miller (director of Deadpool and the upcoming Terminator sequel) and David Fincher (the guy behind Fight Club, Mindhunter, Gone Girl, and loads more) on their new animation anthology series Love, Death & Robots.

The directors will both be executive producing the series, which will bring together some of the biggest and best animators in the world to tell a series of stories that will span the science fiction, fantasy, horror and comedy genres.

END_OF_DOCUMENT_TOKEN_TO_BE_REPLACED

Each episode will be between five and 15 minutes long, and aimed at an adult audience, with the official press release telling us that we should expect "sentient dairy products, werewolf soldiers, robots gone wild, garbage monsters, cyborg bounty hunters, aliens spiders, and blood-thirsty demons from hell" as they all converge in what will be a 185-minute anthology. 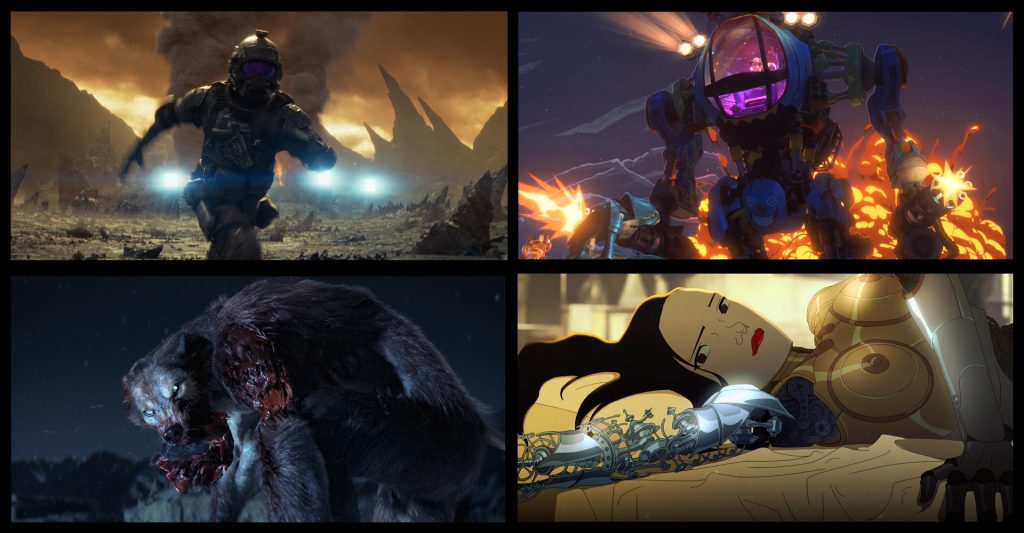 It's been described as NSFM (Not Safe For Mainstream) and Miller released a very excited statement, expressing his huge anticipation for audiences to see the show.

"Love, Death & Robots is my dream project, it combines my love of animation and amazing stories," he said.

END_OF_DOCUMENT_TOKEN_TO_BE_REPLACED

"Midnight movies, comics, books and magazines of fantastic fiction have inspired me for decades, but they were relegated to the fringe culture of geeks and nerds of which I was a part.

"I’m so fucking excited that the creative landscape has finally changed enough for adult-themed animation to become part of a larger cultural conversation."

There is no set release date for the show on the streaming service just yet, but for more information, head to the official Netflix website on Love, Death & Robots right here.

popular
QUIZ: Test your knowledge with this Ultimate Friends Character Quiz
House Of The Dragon is already better than Game Of Thrones
Amazon Prime Video has just added 20 very big movies to its library
The JOE Friday Pub Quiz: Week 313
Fine Gael Councillor slams attendees of cost of living crisis protests
QUIZ: Name the country for each of these non-capital cities
One of cinema's greatest flops is among the movies on TV tonight
You may also like
1 day ago
QUIZ: How well do you know your horror movie scream queens?
2 days ago
A brilliantly scary horror movie is among the movies on TV tonight
2 days ago
2022's sexiest show is finally available to watch in Ireland
2 days ago
WATCH: Oscar winner Steven Price weighs in on #ReleaseTheAyerCut for Suicide Squad
2 days ago
The 6 must-watch brand-new arrivals coming to Disney+ in October
2 days ago
QUIZ: How well do you remember Avatar?
Next Page