"Misogyny" seems to be the defining word of this season.

Love Island has been hit with more than 3,000 complaints in relation to a moment in Casa Amor following a segment where contestants got a sneak peek at what individual contestants had been up to whilst away from their current couplings.

The hit ITV2 reality show is said to have received a total of 3,617 different complaints in the past week alone following claims of "misogyny" directed at some of the male cast, as well as "sexism" over how their female counterparts have been treated during the show. 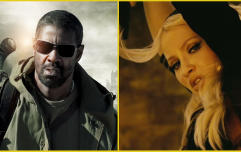 END_OF_DOCUMENT_TOKEN_TO_BE_REPLACED

Following the 'Mad Movies' section of Sunday night's show, viewers took umbrage with how Luca Bish "blew up at his partner Gemma Owen after accusing her of "flirting" with Billy Brown, despite her insistence that she wasn’t "entertaining" his advances in any way.

Moreover, many others slammed Italian housemate Davide Sanclimenti for repeatedly branding partner Ekin-Su Cülcüloğlu a "liar" for her supposed behaviour both prior to and during the Movie Night special. He's since been criticised for starting a number of explosive arguments despite having himself kissed another contestant, Coco Lodge, in Casa Amor. Dami Hope has also faced similar backlash.

It’s all #bekind and #MentalHealthMatters and #boyswillbeboys to deflect criticism, but when the bullying, misogyny and double standards towards Tasha, a disabled contestant, it seems to slide? Uncomfortable viewing. Disturbed…

Was made to watch an episode of @LoveIsland this evening after I lost a bet. I’m horrified! Why has this show allowed their to be bullying and misogynist behaviour from Dami and Luca! Outrageous! Get them off TV #LoveIsland

Danica just spit facts to the girls and is literally the ONLY girl that has called a boy out on their “excusable behaviour”. Just give her the £50k already cause i’m done with seeing misogny, gaslighting and dismissive controlling behaviour from these “boys”. #loveisland

luca is such a misogynist. He is happy to bully tasha about how she's acted in the past but won't recognise how shitty andrew was in casa. idc that they r "boyz" he should just admit his deep rooted hatred for women and leave. #LoveIsland

The above social media complaints were just a taster of the kind of complaints lodged in the past week - 3,617 and counting, to be exact - but we'd be here all night if we went through all of them.

Bish's own family even took to his Instagram story to apologise for his behaviour:

Domestic abuse charity Women's Aid are in discussion with the ITV show over concerns surrounding the "misogynistic and controlling behaviour" by several of the men on the show.

They also say there has been strong communication about how to address and improve these issues moving forward following this flood of complaints.

It's a really positive move for us to be in discussion with the team at @LoveIsland about how we can work together moving forward, to address the issues and concerns raised. Thank you to our followers on Twitter for reaching out to us about this. #EndAbuseTogether

popular
Amazon Prime Video has just added 38 very big movies to its library
Mia Khalifa claims seaside town is better than Miami
The Banshees Of Inisherin is arriving on Disney+ sooner than you might expect
U2 drummer Larry Mullen Jr. says band may perform without him in 2023
The 50 most iconic songs of all time* have been revealed
Woman hit by rollercoaster is trapped in own body after finally awaking from coma
The JOE Movie Quiz: Week 182
You may also like
5 days ago
The best sci-fi horror movie of all time is among the movies on TV tonight
6 days ago
Scarlett Johansson's first TV role has a very odd connection to... Scarlett Johansson
6 days ago
Prime Video reveals its line-up of new shows and movies arriving in December
1 week ago
One of the best movies of the decade has just been added to Netflix
1 week ago
Prime Video has just added 26 very big movies to its library
1 week ago
TG4 reveals full line-up of movies airing over Christmas and New Year's
Next Page