This new IRA prison-set drama is getting great reviews

"What makes this a compelling story is the psychology of the men."

We were absolutely delighted to hear that Tom Vaughan-Lawlor was starring in a feature film based on the infamous 1983 prison breakout of 38 IRA prisoners from HMP MAZE high-security prison.

The man formally known as Nidge (who JOE interviewed not too long ago) plays Larry Marley, the main man behind the operation who comes into contact with the prison warder while conducting his great escape. 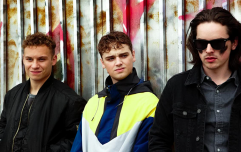 END_OF_DOCUMENT_TOKEN_TO_BE_REPLACED

We featured MAZE in a #Trailerchest in August and the film which was released on Friday 22 September has already been getting fantastic reviews.

The British Telegraph said that MAZE didn't "seek to persuade you that they were right, but it does make you marvel at their delirious intelligence and their tenacity."

The Irish Times was surprised by how good MAZE actually is stating that it was "more like the ‘Great Escape’ than we had any right to expect."

"The tension is built up impressively. Vaughan-Lawlor combines raw commitment with a sneaky flexibility to give us an honest man who lies like a master." 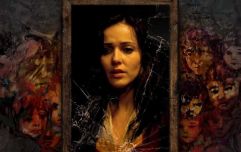 #TRAILERCHEST: New Irish psychological mystery Cellar Door looks like it will mess with your head

END_OF_DOCUMENT_TOKEN_TO_BE_REPLACED

Film Ireland said that "what MAZE does impressively is blend historical context with genre filmmaking, managing to feel both important and exciting."

It does feel both important and exciting and it's not just the film critics that have been getting hyped up about this drama...

popular
5 years ago, Hollywood took a massive gamble on a huge sequel... and lost big time
Netflix has just added 12 very big movies to their library
One of the most underrated crime thrillers of recent years is among the movies on TV tonight
Mystery over 'dead husband' spotted in Indian restaurant has been solved
QUIZ: JOE's Big News Of The Day Quiz #40
40 years ago, a sci-fi horror with one of the best special effects of all time was released
"He's a changed man" - Woman marries her 'high school bully'
You may also like
4 years ago
Irish-produced film takes home two awards at Venice Film Festival
4 years ago
Stephen Rea reveals how new Irish movie Black 47 reminded him of Michael Collins
4 years ago
Irish comedy wins Best Foreign Film at the Arizona International Film Festival
5 years ago
WATCH: The story of the Irish village plagued with 'raging erections' is being made into a film
5 years ago
Justin Trudeau has just given this new Irish award-winning film a shoutout
5 years ago
Angelina Jolie has been working on a new Irish film
Next Page