We had kind of guessed it, but this looks like it is now confirmed.

Are you fed up with rumours and guesswork about Avengers 4 yet? No? Good, us neither!

From mysterious photos on set (by the teasing directors, no less!), to fans putting together some mind-blowing ideas based on little more glimpses and single-frames in teaser trailers for other movies, it is difficult to think of any other movie with this much effort put into pre-guessing the plot (outside of a Star Wars movie, obvz). 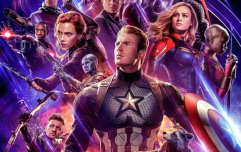 END_OF_DOCUMENT_TOKEN_TO_BE_REPLACED

Whenever there is any potential new tidbit to jump on, we jump on it, which brings us to a recent interview Michael Douglas took part in with On Air with Ryan Seacrest.

Douglas plays The Wasp's Dad in the movies, one of the discoverers of the Quantum Realm, and while we had kind of guessed it would play a part in what was coming next in the MCU, Douglas pretty much confirmed it in the interview:

The Quantum Realm has already played a major part in both of the Ant-Man movies, as well as Doctor Strange, and considering that cryptic "This was the only way" message that Strange gave the rest of the Avengers at the end of Infinity War, we're guessing his big plan involves the realm in some way.

Trying to tie together some of the elements we already know - the location of Scott Lang at the end of Ant-Man And The Wasp, that creepy child conversation at the end of Infinity War, a particular actor showing on the set of Avengers 4 - it would all seem to indicate that Avengers 4 biggest influence might actually be... Back To The Future?

That is, obviously, all guess work. For now. We'll have to wait until April 2019 to find out for sure.

Until then, we were lucky enough to sit down and chat with the legend when Ant-Man And The Wasp was released in cinemas, and he had a very funny story about telling Avengers 4 spoilers in that interview.

Check it out in full here:

popular
The 50 most iconic songs of all time* have been revealed
Beware of the very clever WhatsApp hack that is locking Irish users out of their accounts
Making A Murderer: The explosive and NSFW telephone call that implicates a new killer
Reeling in the Years was watched by over half a million people last night
People think they've figured out the ranking of the viewers on your Instagram Stories
PICS: The man with the biggest penis in the world has one unbelievable problem with it
Prince Harry issues statement following the death of Prince Philip
You may also like
2 years ago
One important detail from the ending of Infinity War that we all need to keep in mind heading into the Endgame
2 years ago
It looks like a fan-favourite character has let slip they'll be back for Avengers: Endgame
2 years ago
#TRAILERCHEST: New Captain Marvel trailer has our hero beating the living crap out of a granny
2 years ago
An already-dead MCU villain is set to reappear in Avengers 4
2 years ago
PIC: Avengers 4 directors post mysterious photo to announce a wrap on the movie
2 years ago
Disney have chosen between Black Panther and Infinity War for their Oscars consideration
Next Page