QUIZ: You've got two minutes to name the 8 films Michael Owen has seen in his entire life

Back in 2014, Michael Owen took to Twitter to complain about watching a movie on a flight, in a manner that suggested he did so against his will.

"Must have been bored," Owen said after watching his eighth ever movie, probably still thinking about that rabbit he ran over a few years ago.

Just ran over a rabbit. Devastated. 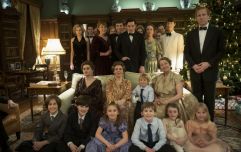 QUIZ: Can you name all of these characters from The Crown?

END_OF_DOCUMENT_TOKEN_TO_BE_REPLACED

The former Ballon d'Or winner (yes, the football commentator who is mocked on the regular actually was voted the best player in the world at one point), was vocal about how he "hates films", and revealed that he has been forced to watch the only movies he has ever seen in his life.

Watched my eighth ever film on the flight home. Must have been bored. #HateFilms

What's even more confusing about the Newcastle legend's (sorry) list, is that most of them are actually quite good movies.

But they obviously just didn't do it for him... 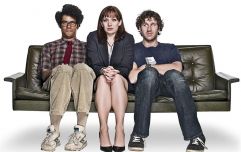 QUIZ: Match The IT Crowd quote to the character who said it

END_OF_DOCUMENT_TOKEN_TO_BE_REPLACED

It's also been pointed out to him that he is literally IN the sequel to Goal, but he obviously just hasn't bothered to watch it, as that does not make his list.

To celebrate his appearance on Friday night's episode of The Late Late Show, we've made the toughest quiz you will take this week.

You have to name every film Michael Owen has ever seen. And yeah, we know he might have seen a new one since 2014, but come on, it's not likely.

We've also given you a few clues to help, because there is literally no other way you would get all of these right.

If the quiz isn't displaying properly for you, just click here.