All the best new TV and movie trailers from the week gone by...

Hello there and welcome to JOE's round-up of the most eye-catching movie and TV trailers that happened along this week.

From big names tackling Shakespeare to horror reboots to what at least one of the team has dubbed 'Collateral but with sexy vampires', there's plenty to sink our cinematic teeth into.

I Know What You Did Last Summer 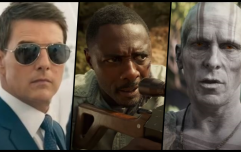 The new Mission: Impossible movie and 5 more big trailers you might have missed this week 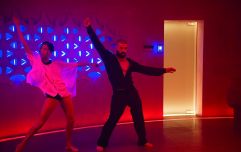 END_OF_DOCUMENT_TOKEN_TO_BE_REPLACED

The long-awaited (?) reboot of the popular enough 90s Scream knock-off – which spawned a bunch of sequels, but only the first one was really worth checking out – has Olivia Rodrigo on the soundtrack so you know it's a cool, contemporary and youthful approach.

You should also know the gist; a bunch of photogenic teens live to regret the car accident they caused. It's a TV series this time around, however, one landing on Amazon Prime Video on Friday, 15 October.

The Tragedy of Macbeth

Shot in moody black and white.

We're in, of course.

Tom Hanks goes all vibrant science fiction – alongside a very cute dog and a strange robot – in what appears to be some kind of riff on Interstellar, The Martian, Death Stranding and Chappie.

Let's hope it's more like those first three than the last one.

This would be the 'what if Collateral but with sexy vampires?' one.

Night Teeth takes a bite out of your Netflix queue on Wednesday, 20 October.

Does exactly what it says on the tin, this one.

"We are not alone," says the official Invasion plot synopsis. "Extraterrestrial beings have made their way to Earth from across the universe. Civilisation could collapse. And survival is up to you."

The great Sam Neill heads up the cast of this new TV show which debuts on Apple TV+ on Friday, 22 October.

What more do you need?

Spencer hits cinemas – we still have those, you know – on Friday, 5 November.

The Electrical Life of Louis Wain

Benedict Cumberbatch and Claire Foy lead the line in the biography of Louis Wain, an English artist whose vivid work proved extremely divisive amongst the general public.

The film is set to arrive in Irish cinemas in early 2022.

popular
QUIZ: A perfect score is highly unlikely in this tough General Knowledge Quiz
QUIZ: Can you get top marks in this progressively harder capital cities quiz?
The JOE Friday Pub Quiz: Week 296
Lidl to launch its second 'reverse vending machine' in Ireland next week
QUIZ: Name the TV show from the end credits production logo
Lidl announce a massive warehouse sale for one weekend only
Dublin's sixth 24-hour bus route launches today
You may also like
1 day ago
7 great new (and classic) additions coming to Prime Video in June
1 day ago
5 reasons to watch Obi-Wan Kenobi on Disney+ right now
1 day ago
An action film classic is among the movies on TV tonight
2 days ago
The Flight Attendant Season Two is just as funny, smart and mysterious as the first season
2 days ago
The cast of Bob's Burgers has a message for Tom Cruise
2 days ago
This might be 2022's best weekend for new movies and shows
Next Page