It made the top 100 in Sight & Sound's recent Greatest Films of All Time poll.

Well, you are in luck as there are multiple airing on TV on this very cold Thursday night (8 December).

Some of them are even pretty good.

Here are your options.

END_OF_DOCUMENT_TOKEN_TO_BE_REPLACED

This eighth entry in the boxing franchise Rocky sees Donnie Creed (Michael B. Jordan) still under the tutelage of Rocky Balboa (Sylvester Stallone).

This is as Donnie faces off against Viktor Drago (Florian Munteanu), the son of Rocky's old nemesis, Ivan Drago (Dolph Lundgren).

Vin Diesel stars in this 2020 action sci-fi as a soldier who dies before being brought back to life with superpowers by an organisation that wants to use him as a weapon.

Another action sci-fi, Kevin Costner plays a convict who is implanted with the memories of a dead CIA agent (Ryan Reynolds) in order to finish an assignment.

In this average crime thriller, a District Attorney (Dominic Cooper) has his life turned upside down when he's involved in a hit and run and another man (Samuel L. Jackson) is arrested for his crime and charged with murder.

Directed by Clint Eastwood and led by an excellent Bradley Cooper, this visceral war drama was a smash hit upon release in 2014. 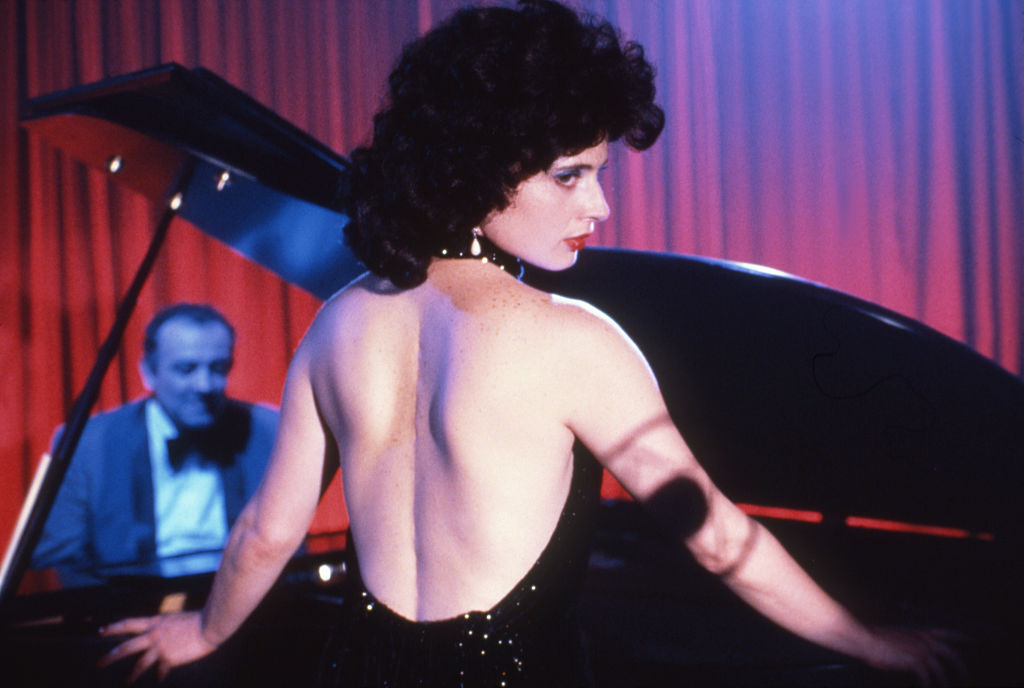 Isabella Rossellini in our pick for tonight - Blue Velvet

Critically panned at the time of its release in 2001, this sci-fi horror from director John Carpenter has its defenders.

Our pick for tonight is this mystery thriller revolving around young college student Jeffrey (Kyle MacLachlan) who, upon returning home to visit his ill father, finds a severed human ear in a field.

This discovery leads to Jeffrey becoming entangled in a vast criminal conspiracy and becoming romantically involved with a troubled lounge singer (Isabella Rossellini).

This is another David Lynch-directed film that made the Top 100 in the recent Sight & Sound Greatest Films of All Time poll following JOE's recommendation of Mulholland Drive yesterday.

While Blue Velvet ranked 84th on the list, compared to Mullholland Drive coming eighth, this 1986 film is arguably better - thanks to its truly unforgettable imagery, deep symbolism and lush soundtrack.

It also contains one of the most impressively menacing performances of all time by Dennis Hopper as the psychopathic, gas tank-huffing villain Frank Booth.

'Stone Cold' Steve Austin and Vinnie Jones star in this violent action flick about ten convicts forced to fight each other to the death as part of an illegal game that is being broadcast to the public.

The epic sword and sorcery film that launched Arnold Schwarzenegger as an action star.

popular
Conor Mcgregor hit by car ‘at full speed’ while cycling
Colin Farrell shouldn't win the Oscar this year
Parents left in shock after gorillas start mating in front of kids at zoo
S Club 7's Hannah Spearritt and children left homeless after being forced from home before Christmas
Netflix has just added one of the best sci-fi movies of recent years
New Netflix series deserves to be as big as Stranger Things
All of the new Netflix movies and shows arriving in February
You may also like
1 hour ago
Can you get top marks in this ultimate Oscars 2023 quiz?
2 days ago
Barry Keoghan mentioned in UK Parliament speech during government debate
2 days ago
BBC apologises after calling Paul Mescal 'British' in Oscar coverage
2 days ago
Netflix defends Squid Game reality show as three people receive medical treatment
3 days ago
A very funny horror comedy is among the movies on TV tonight
3 days ago
Here's the line-up for this week's Late Late Show, which will include an Irish Oscars tribute
Next Page