No less than THIRTEEN movies to choose from this evening!

Let us celebrate with some movies on TV!

END_OF_DOCUMENT_TOKEN_TO_BE_REPLACED

Diane Keaton is a strong independent business in the 1980s who, following the death of a family member, suddenly finds herself raising a young baby. Can she balance work and these important responsibilities?? (Hint: No.)

Sean Connery's second outing as Bond is regularly named as the very best 007 movie of all time.

END_OF_DOCUMENT_TOKEN_TO_BE_REPLACED

Jennifer Garner does a Liam Neeson-in-Taken, trying to get revenge on the criminals who killed her husband and young daughter. 12% on Rotten Tomatoes, probably best to avoid it, tbh.

Denzel Washington headlines this kinda-based-on-a-true-story action-thriller, playing the personal bodyguard to a young girl (Dakota Fanning) who is kidnapped by a powerful drug cartel. 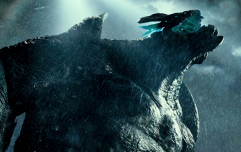 'Monster versus robot' action is among the movies on TV tonight

END_OF_DOCUMENT_TOKEN_TO_BE_REPLACED

The one where Bella and Edward get married, and then she gets pregnant, and they spend the entire film debating whether they should turn Bella into a vampire too. (Hint: They do.)

Uma Thurman continues to kill her way towards Bill, swapping out the Eastern vibe of Volume One for a more Western aesthetic for this follow up. Features a great fight with a one-eyed Daryl Hannah.

Austin Powers: The Spy Who Shagged Me - Comedy Central - 9pm

The one that introduced both Mini Me and Fat Bastard, while Heather Graham as Felicity Shagwell is clearly having just as much fun as Mike Myers is. Remains a very funny comedy.

Our pick of the night has Tom Cruise, Jack Nicholson and Demi Moore at the centre of a tense courtroom drama involving two Marines charged with the murder of a third.

From writer Aaron Sorkin (The Social Network, The West Wing) and director Rob Reiner (Misery, Stand By Me), it is some top-tier film-making, featuring one of the most-quoted scenes in cinema history. "YOU CAN'T HANDLE THE TRUTH!"

Meryl Streep, Shirley MacLaine and Denis Quaid star in this comedy drama based on Carrie Fisher's semi-autobiographical novel about a recovering drug addict attempting to rebuild her career in Hollywood.

Earlier this evening, someone was doing a bad impression of a Liam Neeson-in-Taken. So why not just watch the real thing?

Cameron Diaz plays the titular low quality educator who falls for a fellow teacher (Justin Timberlake), and is willing to go to some lengths in order to have him fall for her too.