The Narcos shared universe is here. He also discussed that brilliant episode of rampant political corruption and violence.

With Season 2 of Narcos: Mexico airing on Netflix this week, viewers have been reacquainted with the story of Miguel Ángel ​Félix Gallardo (Diego Luna), now the Godfather of the first Mexican cartel, the Guadalajara cartel.

At the end of the last season, Félix was starting to turn on those closest to him. Struggling to maintain control of his empire and unable to reconcile the betrayals he made on his way to becoming El Padrino, the walls were starting to close in on the kingpin.

In Season 2 of Narcos: Mexico, it's clear that friction between the different plazas is escalating.

To compound matters, the death of DEA agent Kiki Camarena (Michael Pena) at the hands of the cartel and corrupt politicians brings a hailstorm of retribution to Mexico as Operation Leyenda -  led by the dogged DEA agent Walt Breslin -  targets ​​Gallardo and his chief lieutenants.

While this is only the second season of the Mexican-set series, the show is now entering its fifth season and one man that has been there since day one is its producer/showrunner, Eric Newman.

Of course, the story began in Colombia as it charted the rise and fall of Pablo Escobar but as Newman stated during a recent interview with JOE, the show's main character has always been cocaine.

After Escobar was killed off in Season 2, the show refocused to tell the story of the Cali Cartel and how they used distribution channels in Mexico to smuggle their contraband into the US. This brings us nicely into Narcos: Mexico and the rise of Felix Gallardo's 'plaza system.'

However, after Pablo Escobar's memorable cameo in Season 1 of Narcos: Mexico, it's clear that a Narcos shared universe does exist.

Consider this to be a small spoiler alert for anyone that hasn't seen the latest episodes of Season 2. 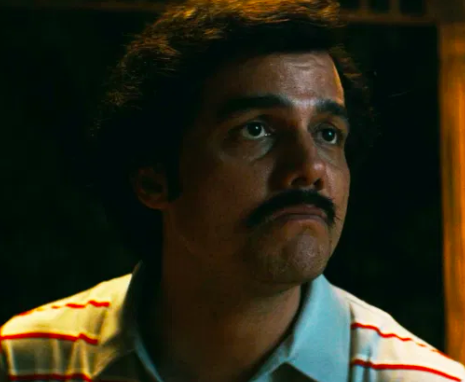 END_OF_DOCUMENT_TOKEN_TO_BE_REPLACED

Ok, Pacho Herrera's cameo in that superb scene with Felix was very noticeable, but there was also a nice throwback to Season 3 with the appearance of Jorge Salcedo Cabrera (played by Matias Varela). Fans of the show might remember that Salcedo was an engineer, counter-surveillance specialist, and former head of security for Miguel Rodríguez Orejuela and the Cali Cartel.

Well, plenty of people noticed his return in the latest season and during an interview with JOE, Newman said that he has been inspired by the MCU.

"That was always a fun idea for me, from the early days. I likened it to the Marvel superhero universe, I mean, these guys all knew each other. This gives the show an interesting signature. Truthfully, if you could say to me that we'd go forever and keep making new seasons, the thing that would determine whether or not I would go forever - and there's no shortage of material because every year, there's a new horrible chapter in this war on drugs - is if there was a creative way to chart some narrative evolution.

"Whether we widen or narrow our scope, what's important is that we're telling a story that belongs in the universe, but feels like it has evolved too. I feel like we did a good job of that on the show, it's not easy to do because it would have been easier to say 'Hey, let's do five seasons of the Escobar story and call it a day' or keep doing the same thing over and over. What we've been able to do on the show that's the most rewarding is actually take this story and make it more complicated and broaden the scope. If I can keep the viewer feeling like they're narratively clear about the plot, but emotionally unsure about the characters, then I'll keep going," said Newman. 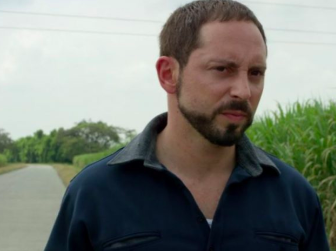 While the standard of Season 2 has been consistent throughout, it's arguable that one episode really does standout from the rest, the events depicted in the 1988 Mexican election.

As is shown in the series, when early counts showed the PRI to be losing, rather than informing the public of the results, the party lied and said that their computer system had crashed – before pre-empting the opposition by declaring themselves the winners before the count had been completed.

This electoral fraud was juxtaposed with Walt's efforts to get Pablo Acosta safely across the border and into the U.S.

Well, Newman said that the visual style of that landmark episode was also inspired by a few famous films.

"We were watching the documentary 1994, and we definitely talked about All The Presidents Men this year in terms of an influence. What our show does very well, I believe, is inhabit that space that's sort of like a docu-drama. You really feel like you're telling a true story and you're trying to make it as authentic as possible. It's almost like in that episode, we wanted to make viewers feel like they were a fly on the wall in this chaotic election campaign in Mexico, watching this fraud as it goes down. At the start of every season, I choose a series of films for visual inspiration. This year I went for All The Presidents Men, The Parallax View, The Long Good Friday, and a Jack Lemmon film called Save the Tiger," said the Narcos producer.

Keep an eye on JOE for more Narcos news from Newman in the coming days because the producer of In Time, Bright, and Children of Men also gave us an insight into where he sees the future of the show going.


popular
Here's Week 27 of JOE's 19 in 90 quickfire quiz
Someone in Ireland is €311,413 richer after Wednesday's Lotto draw
QUIZ: Can you name all of these characters from Love/Hate?
Google announces Stadia Pro is now available free for two months
Gardaí set up checkpoints on major roads across the country to stop Easter travel
Tesco make changes to their delivery system to favour elderly and in need customers
Trump says WHO "called it wrong" on coronavirus
You may also like
5 days ago
Disney Plus announces new titles coming in April
6 days ago
Netflix's The Innocence Files is the documentary series everyone is going to be talking about this month
6 days ago
Here are the 8 best movies on TV this Thursday
1 week ago
QUIZ: Which Tiger King character are you?
2 weeks ago
Why you should be watching… Narcos: Mexico
2 weeks ago
10 of the best things to get very excited about on Disney+
Next Page