Netflix has just dropped the trailer for their latest thriller series, and if the creator is anything to go by, we're in for a real treat (or scare).

The new series, The Midnight Club, comes from the creator of Haunting of Hill House, Mike Flanagan and is hitting the streaming service very soon.

Based on the 1994 novel of the same name by Christopher Pike, the trailer has just dropped and it's enough to give you a real scare. 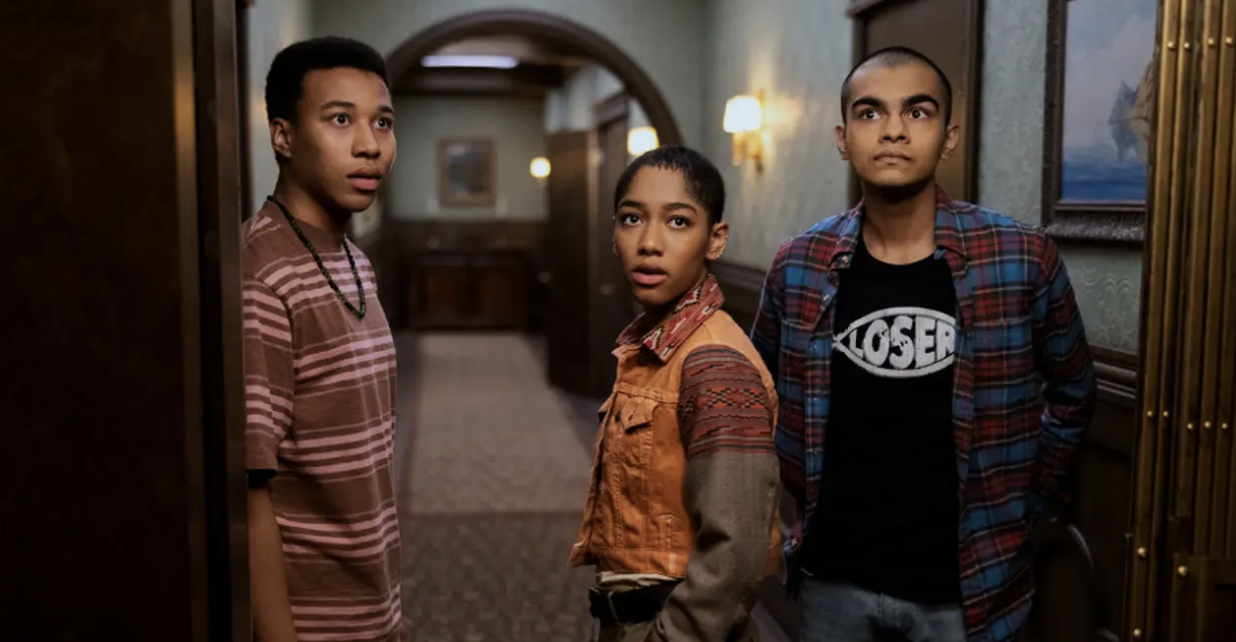 END_OF_DOCUMENT_TOKEN_TO_BE_REPLACED

The Midnight Club follows a gang of young adults who live in a hospice who meet in the library each night to tell each other dark and disturbing stories as they look for signs of the afterlife.

END_OF_DOCUMENT_TOKEN_TO_BE_REPLACED

On one night they make a pact that whoever is the first to die from their terminal illness must come back to communicate to them as a ghost, and then when it happens - unusual things begin to happen in the hospice and they learn about it's interesting history.

The Netflix synopsis for the 10-episode series reads: "At a hospice for terminally ill young adults, eight patients come together every night at midnight to tell each other stories - and make a pact that the next of them to die will give the group a sign from the beyond."

Leah Fong is credited as a series writer, executive producer and co-creator alongside Mike Flanagan, who worked on The Haunting of Bly Manor.

The series was announced back in 2021, with Mike revealing that he had been "dreaming of this project" since he was a teenager.

popular
QUIZ: Test your knowledge with this Ultimate Friends Character Quiz
House Of The Dragon is already better than Game Of Thrones
Amazon Prime Video has just added 20 very big movies to its library
The 50 most iconic songs of all time* have been revealed
Power-ranking the House of the Dragon characters after THAT wedding dinner
People think they've figured out the ranking of the viewers on your Instagram Stories
The JOE Friday Pub Quiz: Week 313
You may also like
1 day ago
QUIZ: How well do you know your horror movie scream queens?
2 days ago
A brilliantly scary horror movie is among the movies on TV tonight
2 days ago
2022's sexiest show is finally available to watch in Ireland
2 days ago
WATCH: Oscar winner Steven Price weighs in on #ReleaseTheAyerCut for Suicide Squad
2 days ago
The 6 must-watch brand-new arrivals coming to Disney+ in October
2 days ago
QUIZ: How well do you remember Avatar?
Next Page