Six episodes about one of the most seismic and shocking moments in US history. Perfect weekend viewing.

On 21 February, 1965, Malcolm X was murdered in New York City and within days, the NYPD had three suspects in custody. Those men were subsequently tried, found guilty, and sentenced to prison.

However, only one of those suspects ever confessed to the murder. The other two men insisted they were innocent of the crime.

In Netflix's new documentary Who Killed Malcolm X?, activist Abdur Rahman Muhammad documents why he has always been unsettled by this case and its unanswered questions.

After years of pursuing the case, Muhammad stands on the brink of uncovering who may have fired the fatal shot that killed the civil rights icon. Aside from this, new links are revealed about the Nation of Islam, the New York police department, and the FBI.

In 1946, at the age of 21, Malcolm Little (soon to be Malcolm X) was sent to prison on a burglary conviction. While in prison, he encountered the teachings of Elijah Muhammad, the leader of the Nation of Islam.

Six years later, Malcolm is released from prison and becomes a loyal minister of the Nation of Islam in Harlem, New York.

In contrast with other civil rights leaders like Martin Luther King Jr., Malcolm X advocated self-defense and the liberation of African Americans “by any means necessary.”

In the early 1960s, Malcolm X developed a more outspoken philosophy than that of Elijah Muhammad, whom he felt did not sufficiently support the civil rights movement. 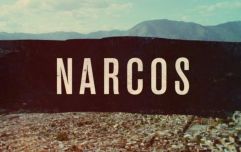 END_OF_DOCUMENT_TOKEN_TO_BE_REPLACED

On March 8, 1964, Malcolm X leaves the Nation of Islam as he makes a pilgrimage to Mecca. He returns to America as El-Hajj Malik El-Shabazz and in June 1964, he creates the Organisation of Afro-American Unity, which advocated black identity and believed that racism, not the white race, was the greatest foe of the African American.

On February 21, 1965, one week after his home was firebombed, Malcolm X was shot to death by Nation of Islam members while speaking at a rally of his organisation in New York City.

In terms of its narrative approach, the six-part documentary series will highlight why there was a lack of police on the day of Malcolm X's assassination. Prior to the assassination occurring, the NYPD had sufficient evidence that the civil rights icon was the target of death threats.

Who Killed Malcolm X? will also feature never before seen interviews and archival footage from the Malcolm X's life and for the first time since being released from prison in 1985, one of the three men convicted of Malcolm’s murder shares his story.


popular
Motorist in Kildare caught driving with tax 13 years out of date
QUIZ: How well do you know Will Smith's movie career?
Man (40s) killed after walking in front of oncoming truck after driving into a ditch
QUIZ: How many of these Line of Duty characters can you name?
BBC will show an 'immensely powerful' documentary about The Troubles tonight
Fine Gael preparing to go into opposition following parliamentary party meeting
Over 200,000 people have signed petition demanding change in how media treats those in the public eye
You may also like
1 day ago
QUIZ: Can you get full marks in our Top Boy quiz?
1 day ago
Narcos creator discusses his exciting plans for the show's future, if a new season is made
2 days ago
Narcos writer explains the significance of those intriguing cameos in the new season
4 days ago
Better mark the calendars, the premiere date for season two of Netflix's After Life has been announced
1 week ago
Adam Sandler's speech at the Independent Spirit Awards is excellent
1 week ago
Netflix release trailer for new docuseries looking at the wonderful mystery of babies
Next Page