A new documentary on Ghislaine Maxwell is coming to Sky

The three-part documentary will air later this summer.

Sky has released the trailer for their upcoming documentary on Ghislaine Maxwell. 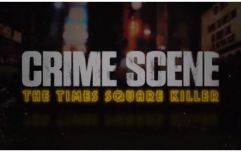 END_OF_DOCUMENT_TOKEN_TO_BE_REPLACED

Authorities arrested Epstein on federal charges for sex trafficking in July 2019. He was found dead in his jail cell in August 2019. The medical examiner ruled that he died by suicide. Epstein's lawyers, however, dispute this.

Maxwell is currently being held at a Brooklyn jail, as she awaits a trial date this November. She was arrested last July and was charged with enticement of minors, sex trafficking, and perjury.

She has pleaded not guilty to all charges and has been denied bail three times.

Speaking ahead of the new documentary, a Sky spokesperson said: "The three-hour documentary investigates the powerful, connected, and mysterious Ghislaine Maxwell, who was once the heiress to the Maxwell fortune but whose life is rocked by a series of scandals and accusations when she meets Jeffrey Epstein, the serial sex offender."

They continued: "The series will untangle the complicated story of power, sex, and money, leading to Ghislaine Maxwell's arrest and pointing to her upcoming trial."

The upcoming documentary joins a series of programmes attempting to unravel the story of Jeffrey Epstein. The Netflix documentary - Jeffrey Epstein: Filthy Rich - premiered last summer, and included interviews with several survivors, as well as former employees and police officers. 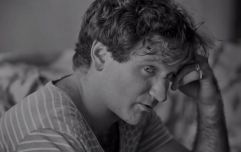 END_OF_DOCUMENT_TOKEN_TO_BE_REPLACED

Sky Documentaries will air Ghislaine Maxwell: Epstein's Shadow on 28 June 2021. The three-part series will also be available to watch on the streaming service NOW.

popular
One of the best Irish movies ever made has just been added to Netflix
The movie described as "Showgirls in a convent" has a tentative Irish release date
One of Keanu Reeves' best movies has just been added to Netflix
A who's who of Irish music pay tribute to the late Mic Christopher in new documentary on his life
QUIZ: Can you get 20/20 in this desperately tricky capital cities quiz?
A woman has died and several injured after fatal Kilkenny crash
Here's the line-up for this week's episode of The Late Late Show
You may also like
1 month ago
New documentary looking at rise of antisocial behaviour in Ireland to air on Monday
2 months ago
Irish dad who makes €50k a month to open up on OnlyFans experience in new documentary tonight
5 months ago
A documentary film on the rise and fall of the European Super League is incoming
6 months ago
Netflix confirms its Sophie Toscan du Plantier documentary series will debut in June
7 months ago
Kanye West's 21 years in the making documentary series coming to Netflix (Report)
9 months ago
Ghislaine Maxwell documentary coming to TV soon
Next Page