Every question for Halo fans about the new series trailer, answered

A new trailer has arrived for the hotly anticipated Halo series based on the games of the same name. 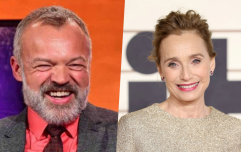 END_OF_DOCUMENT_TOKEN_TO_BE_REPLACED

While the show looks to tell some of the story beats featured in both the games and the books (yes, there are books, and some of them are pretty good), the live-action adaptation also looks to add new elements of its own.

Franchise creative director Frank O'Connor has said that the new series will follow a new "Silver" timeline, one that will share elements from the original canon, but will ultimately be a new story.

But what story elements could we anticipate to see in the show? And who are some of the new characters introduced in the trailer?

Here's everything you need to know about the new Halo series based on the new trailer.

A bit of a Reach

END_OF_DOCUMENT_TOKEN_TO_BE_REPLACED

The first thing that long-time Halo fans will notice is the addition of three new Spartan characters; Kai-125, Riz-028, and Vannak-134.

These three super soldiers are from the same Spartan class as the Master Chief, John-117, which means the series must be occurring sometime before the fall of Reach.

As detailed in the 2001 book Halo: The Fall of Reach and in the 2010 game Halo: Reach, the human stronghold was destroyed during a giant war involving the alien Covenant forces and the human UNSC.

END_OF_DOCUMENT_TOKEN_TO_BE_REPLACED

The planet was glassed over by Covenant ships, killing most Spartan-2's except for Master Chief, who had escaped via the Pillar of Autumn, a ship which could be the one spotted in the trailer.

One clue that shows the planet could be Reach is a shot in the trailer showing John-117 discovering what appears to be a Forerunner artifact after stopping a Covenant mining operation.

Reach is said to have held an artifact from the race that created the Halo rings, weapons that would wipe out all known life in the universe.

Whether the planet shown in the trailer is Reach or not remains to be seen, but there could be trouble ahead...

One particular shot in the trailer shows an Elite soldier standing before three Prophets, the leaders of the Covenant.

While a casting has not been confirmed, this could be a sign that the Arbiter will appear in the series.

The Arbiter is a central character in both Halo 2 and Halo 3, serving as one of the highest ranked Elites in the Covenant, until he questioned the Prophets.

While the Elites are shown in the trailer to be fighting with humans and hunting them down, the Arbiter's discovery of the Prophet's betrayal of the Covenant leads the Elite to join the human ranks and stop the Halo rings from firing.

A possible uneasy ally in Season 2?

One Spartan who is from the books and makes an appearance in the new series is Soren-066, a character from Pariah, a short story featured in the Halo: Evolutions collection.

Soren was left deformed following the augmentation that all Spartan soldiers underwent as children to become living weapons, which the series looks to touch on as well.

Being confined to a desk-job rather than out fighting in the field allowed Soren to become influenced by the Insurrection, a group of humans who fought against the UNSC.

This series looks to take another run at Soren, who may end up joining Makee, an orphan raised by the Covenant (played by Love/Hate star Charlie Murphy).

The first season of the Halo series is set to arrive on Paramount Plus in the US on the 24 March, with the streaming service set to arrive in Ireland later this year.

You can watch the full trailer here.

popular
Simon Cowell concerns fans with appearance as they 'don't recognise him'
The JOE Friday Pub Quiz: Week 323
Miss Croatia wears revealing outfit at World Cup game despite Qatar's dress code
20 years ago, one of the best sci-fi movies of the 21st century was a box-office bomb
Netflix has just added 30 big movies to its library
Junior doctor 'fell asleep' at the wheel after 12-hour shift then mowed down two women and two kids
Starbucks worker breaks down in tears after they're scheduled to work 8 hours
You may also like
1 day ago
An Oscar Best Picture winner is one of the movies on TV tonight
1 day ago
Simon Cowell concerns fans with appearance as they 'don't recognise him'
1 day ago
Here's the line-up for this week's episode of The Late Late Show
3 days ago
Star of the Terrifier movies plays a killer Grinch in new Christmas horror
3 days ago
Die Hard and Top Gun actor Clarence Gilyard has died, aged 66
3 days ago
Will Smith 'completely' understands if people aren't ready to see his first post-slap movie
Next Page