He will be missed.

Kelsey Grammer has revealed the reason why David Hyde Pierce will not be reprising his iconic role of Niles Crane in the upcoming Frasier reboot.

Last month, it was reported that a sequel series to the show had been picked up at Paramount+ and that Grammer will be an executive producer on the project.

END_OF_DOCUMENT_TOKEN_TO_BE_REPLACED

While specific plot details are being kept under wraps for now, the reboot will be focused on a new chapter in Frasier Crane's life in a different city.

Other Frasier cast members are not expected to be regulars on the project as it will focus on the title figure surrounded by new characters.

This itself was the premise for the Seattle-set original show, which was a spin-off of the Boston-set Cheers on which Grammer also played Frasier. 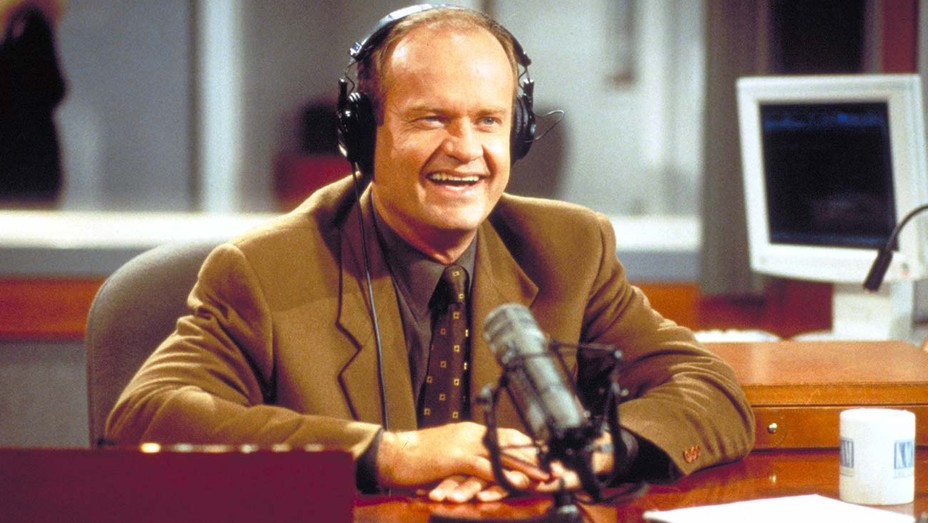 END_OF_DOCUMENT_TOKEN_TO_BE_REPLACED

In a new interview with People Magazine, Grammer discussed why Hyde Pierce in particular will not be back for the reboot playing Frasier's brother Niles.

"For a while, we were going to try to bring back the whole cast, the whole legacy cast," he said.

"David basically decided he wasn't really interested in repeating the performance of Niles."

However, Grammer added that the casting development wound up helping the project.

"In a very funny way, it just took us to a new place, which was what we originally wanted to do anyway, which was a Fraser third act," he explained.

"It's an entirely new life for him.

"We'll certainly be responsive about the fact that there was a brother and such.

"But the new world for Frasier is one of new friendships — and some new twists and turns he didn't know were still in there."

END_OF_DOCUMENT_TOKEN_TO_BE_REPLACED

Since the original Frasier wrapped up in 2004, Hyde Pierce has gone on to have a very successful theatre career.

He also recently appeared in the HBO Max series Julia in which he played the husband of famous cook and TV personality Julia Child.

Hyde Pierce previously said he wasn't sure if he would appear or not in a Frasier reboot, telling Vulture earlier this year:

"That whole time of my life, the writing on those shows, the actors I got to work with — all of that is deeply important to me.

"And I would never disrespect that in such a way as to say just offhandedly, 'Oh, no, thanks. I’m not going to do that again.' It’s too valuable to me.

"But by the same token, because it’s so valuable to me, I also wouldn’t do it just do it. And I believe it can be done without me, too — finding new stories to tell, in the same way that Frasier did after Cheers.

"They didn’t bring along the Cheers gang to make a new show. They popped in from time to time and that was a blast, but there was something else that needed to be said, and it needed to be said in a different way.

"And maybe they will find that and I’ll be in it, or maybe they’ll find it and they won’t need me to be in it."

popular
Simon Cowell concerns fans with appearance as they 'don't recognise him'
Miss Croatia wears revealing outfit at World Cup game despite Qatar's dress code
The JOE Friday Pub Quiz: Week 323
Netflix has just added 30 big movies to its library
Orange is the New Black actor Brad William Henke dead aged 56
Temperatures set to drop to freezing this weekend as Christmas predictions emerge
Bad Sisters stars snap back at New York Times article that called them British actors
You may also like
1 day ago
Simon Cowell concerns fans with appearance as they 'don't recognise him'
1 day ago
Here's the line-up for this week's episode of The Late Late Show
2 days ago
Star of the Terrifier movies plays a killer Grinch in new Christmas horror
3 days ago
Die Hard and Top Gun actor Clarence Gilyard has died, aged 66
3 days ago
Will Smith 'completely' understands if people aren't ready to see his first post-slap movie
3 days ago
One of the scariest films of all time is among the movies on TV tonight
Next Page