Javier Bardem is not afraid to look as ugly as is humanly possible.

Look back over blockbusters such as Skyfall or Pirates Of The Caribbean: Salazar's Revenge, he rocked up as a villain with manky blonde hair/part of his face missing and slowly flaking away/most of his body missing, respectively.

However, when he arrived as the bad-guy in No Country For Old Men, he was armed with nothing more than a bolt-gun and a horrific bowl haircut, and instantly an iconic cinematic villain for the ages was born. 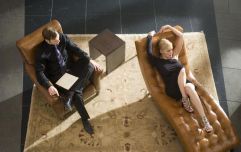 END_OF_DOCUMENT_TOKEN_TO_BE_REPLACED

Released on 9 November 2007, No Country For Old Men is arguably the best film in The Coen's Brothers CV which, when you consider that also includes The Big Lebowksi, Miller's Crossing, True Grit and Fargo, is quite the achievement.

Speaking of Fargo, No Country has an awful lot in common with that snowy crime caper: in both cases there is an older, wise police chief (Frances McDormand / Tommy Lee Jones), both of whom are forced to deal with some particularly grizzly murders in their otherwise quiet town from an out-of-towner.

Basic greed is the driving factor in both of the plots, and both movies feature a cold-blooded killer who doesn't seem to possess normal human characteristics, but whereas Peter Stormare's Gaear Grismrud was a scary supporting character with a penchant for throwing people into wood-chippers, Javier Bardem's Anton Chigurh was so much more than that.

The man with the awful bowl hair-cut was essentially manifesting fate itself, choosing your future with a flip of the coin and a push of the button on his bolt-gun.

And then there is that hair-cut. 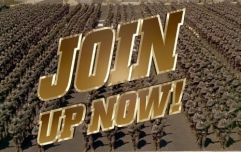 END_OF_DOCUMENT_TOKEN_TO_BE_REPLACED

He spoke to Collider about the preparation for the role, the lack of back-story helping give him an other-worldly sense of fear, but also how that bowl-cut played into his interpretation of the character:

"So, I went to the trailer and they cut it and I saw it and I said, ‘What the hell is that?’ But that helped a lot actually, because in a way he gave this reality to the character this dimension of being very methodical. Everything is in place. It’s kind of mathematical. Like perfectly structured which is the way I thought the character should be. Perfectly clean. I thought this could help, but not for my private life though."

Of course, Bardem wasn't alone in making the movie fantastic - his incredible co-stars, The Coen Brothers directing with harsh minimalism, adapting Cormac McCarthy's most pulpy of thrillers - but he is the most lasting memory everyone has after watching it.

Combined, it created one of the best thrillers this side of The Silence Of The Lambs, and this was backed up by the movie receiving 8 Oscar nominations, and winning four of them, including Best Supporting Actor (for Bardem, obvs), Best Director, Best Adapted Screenplay, and Best Picture, beating the likes of There Will Be Blood, Atonement and Michael Clayton.

Last year it was voted the 10th best movie of the 21st century so far, and on the movie's 10th anniversary, what better way to celebrate than to sit down with the modern masterpiece and let the horror wash over you.

The Big Reviewski || JOE · TBR Spotlight: The Falcon and the Winter Soldier Episode Four - 'The Whole World is Watching'
popular
The JOE Movie Quiz: Week 97
The JOE Friday Pub Quiz: Week 238
The 50 most iconic songs of all time* have been revealed
The Falcon and the Winter Soldier is on the precipice of dealing with an incredibly sensitive topic
Thunder Force review: somebody needs to stop letting Melissa McCarthy's husband make movies
Reeling in the Years: How the 2010s are different to any other decade
The JOE Music Quiz: Week 52
You may also like
1 year ago
WATCH: 25 years later, the power of Riverdance feels as strong as ever
2 years ago
Blade almost had a hugely different beginning and truly terrible ending
2 years ago
25 years later, we're still not fully over the weirdest sex scene ever filmed
2 years ago
The greatest car chase ever filmed turns 20 years old this week
2 years ago
20 years ago this week, a movie was released that would change cinema-going for the worse
2 years ago
The worst Bond film ever made is on TV tonight, and this is why we should be grateful it exists
Next Page