Now that’s what we call a debut; some great films from first-time directors

Next week the good people at Jameson are running another one of their Cult Film screenings and they have picked the classic Intermission. Now 10 years old (gulp!), it marked the directorial debut of John Crowley, who has since gone on to make Boy A and the upcoming Closed Circuit, but Intermission remains his best known work.

Here’s a few other directors who hit it out of the park first time.

END_OF_DOCUMENT_TOKEN_TO_BE_REPLACED

Remember when we all  thought Ben was just a bit of a pretty boy who was going to be more famous for appearing on magazine covers and his time with J-Lo than for his movies? Following some less than brilliant on-screen roles (Gigli anyone?) Ben went behind the camera, threw his brother Casey out front and made a mini-classic.

Gone Baby Gone, a story set in his native Boston, is a gripping bit of storytelling and Affleck coaxes great performances out of his brother and Amy Ryan as the mother of the titular missing baby.

Since then Affleck has proved Gone Baby Gone was no fluke as he went on to win an Oscar as a director, for last year’s hostage flick Argo.

Now we all go to see a Tarantino film knowing what we are going to get. Lots of violence, lots of cool dialogue, some great tunes and a plot that may never fully reach its destination but the ride makes it worthwhile.

But back in 1992, we had no idea what to expect and that’s why Reservoir Dogs blew everyone away. Featuring a very cool gang of very cool criminals in the wake of a diamond heist. Jammed with references to lots of old gangster flicks the film became a massive cult hit and many only discovered it after the release of his next, and arguably even better movie, Pulp Fiction.

Made for next to nothing, the film made a star of Tarantino and it us seen by many as the film that turned ‘indie’ mainstream.

END_OF_DOCUMENT_TOKEN_TO_BE_REPLACED

Regularly cited as the greatest film ever made, Welles’ opus on media mogul Charles Kane is now over 70 years old and it is still as relevant as ever.

Packed with revolutionary filmmaking tricks that are the basis of many a film studies class, the tale is based on the real-life media giant William Randolph Hearst and tells how Kane rose to enormous power and wealth and the consequences of his pursuit of power and influence.

With parallels to every modern day industrial giant, from Murdoch to Mr Burns (there are endless references to the movie in The Simpsons over the years) it is well worth a watch if you haven’t seen it.

END_OF_DOCUMENT_TOKEN_TO_BE_REPLACED

Welles, who also played Kane, was  just 26 when he made the film, a frankly ridiculously youn age to produce such a deep and mature film. He would make other classics like The Third Man but Citizen Kane remains his, very lofty, peak. 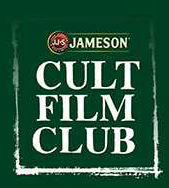 popular
Amazon Prime Video has quietly added 18 big releases to its library
Shop where winning Lotto jackpot ticket was sold revealed
Here's where all the 149 tickets that won €36,687 in Saturday's Lotto were sold
Man arrested on suspicion of the murder of Ashling Murphy
Here's why you should never slag off someone sitting next to you on Twitter
Eamon Ryan says he expects lifting of Covid restrictions next week
One of Ryan Gosling's best performances is among the movies on TV tonight
You may also like
3 days ago
That Nic Cage film everyone is talking about is finally available to watch at home
4 days ago
Tim Allen returning for The Santa Clause series on Disney+
4 days ago
Turns out those rumours about an adults-only The Batman are false
4 days ago
The Godfather is getting a 50th anniversary re-release in Irish cinemas
5 days ago
COMPETITION: Kick off 2022 right by winning a €200 One4All voucher
5 days ago
The return of a horror icon and 7 more movies and shows to watch this week
Next Page