OFFICIAL: We finally have a release date for The Crown season four

Netflix has confirmed a release date for The Crown season four - and it's coming on 15 November.

The wildly successful award-winning drama returns for its fourth instalment later this year, detailing Queen Elizabeth's reign in the late 70s and early 80s, the Thatcher years, and the intense divides still growing within the royal family. 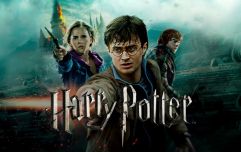 END_OF_DOCUMENT_TOKEN_TO_BE_REPLACED

"As the 1970s are drawing to a close, Queen Elizabeth (Olivia Colman) and her family find themselves preoccupied with safeguarding the line of succession by securing an appropriate bride for Prince Charles (Josh O’Connor), who is still unmarried at 30," reads the series summary.

"As the nation begins to feel the impact of divisive policies introduced by Britain's first female Prime Minister Margaret Thatcher (Gillian Anderson), tensions arise between her and the Queen which only grow worse as Thatcher leads the country into the Falklands War, generating conflict within the Commonwealth.

"While Charles’ romance with a young Lady Diana Spencer (Emma Corrin) provides a much-needed fairytale to unite the British people, behind closed doors, the Royal family is becoming increasingly divided."

Our bodies, they are ready.

This comes after Netflix confirmed that Elizabeth Debicki had been cast as Princess Diana for the show's final seasons.

In the upcoming season four, Diana will be played by Emma Corrin, while Josh O'Connor reprises his role as Prince Charles. Helena Bonham Carter will also be returning as Princess Margaret and Olivia Colman will of course be reprising her role as The Queen.

Netflix's The Crown will be streaming worldwide from 15 November.

You can check out a teaser trailer here:

House of Rugby Ireland · Munster can't beat Leinster, Six Nations squad and John Cooney interview
popular
CONFIRMED: Level 5 restrictions to remain in place until 5 March
Leo Varadkar says if Ireland introduced mandatory hotel quarantine, it would have to do so for a year
QUIZ: Can you name all of these countries just from one of their cities?
Man arrested for fishing envelopes out of church collection boxes in Cork
Police called to illegal rave to find pensioners queuing for vaccine
The JOE Movie Quiz: Week 86
Majority of English people 'pleased' or 'not bothered' by prospect of united Ireland
You may also like
2 days ago
The JOE Movie Quiz: Week 86
2 days ago
Kenneth Branagh to play Boris Johnson in TV drama about Covid-19
2 days ago
The insanely violent trailer for Boss Level is like John Wick meets Groundhog Day
3 days ago
20 of the best comedies to watch on Netflix right now
4 days ago
Here's the lineup for The Late Late Show this week
4 days ago
Netflix confirm Bridgerton Season 2 is on the way
Next Page