On Monday, it was confirmed that former Love Island star Attwood had been forced to quit the show on medical grounds after just 24-hours.

The 31-year-old was said to be "heartbroken" and had begged show bosses to allow her to rejoin her campmates. 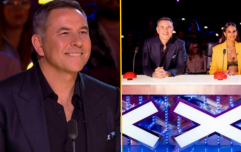 END_OF_DOCUMENT_TOKEN_TO_BE_REPLACED

Some news from camp 💔 #ImACeleb pic.twitter.com/ITdNVeMD4F 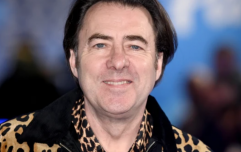 END_OF_DOCUMENT_TOKEN_TO_BE_REPLACED

A source claimed: "She could see it was an impossible situation."

It was reported that she would have to go through a week of isolation in order to return to the campsite, which would be 'impossible'.

ITV have declined to comment on the reason behind her exit. 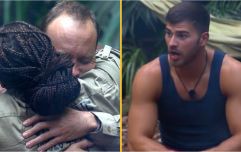 END_OF_DOCUMENT_TOKEN_TO_BE_REPLACED

"It was felt this would be too much time to spend away from the competition and potentially place her campmates at a disadvantage to her," a TV source claimed to The Sun.

They also said: "Olivia would have been going back in almost halfway through the series, which simply wasn’t fair."

But a friend close to Olivia insisted her exit had nothing to do with Covid rules as they said: "The show is very covid safe but the so-called bubble is not the same as it was in Wales. Mike Tindall was seen trying to throw a production member into the sea on the first day. He hugged her and was in complete contact with her and nothing was said.

"Other celebs are also coming into close contact with camera crew and production who come and go from site every day and are out at night as normal. It is very different to Wales when Richard Madeley wasn't allowed back for breaking the bubble."

It was recently reported that concerns were raised by a member of the crew following a standard test that the celebs do behind the scenes during the series.

And after further checks were made away from the jungle it was ITV's decision to remove Olivia from the show.

"Olivia wasn’t feeling ill, unwell, she was perfectly fine. There was just something that came up which concerned the show's medical team and it escalated from there.

"The medical team runs tests with the celebs throughout the series to make sure they are all OK. Health and safety is paramount on a show like this where people are sleeping in a jungle and taking on huge challenges without much food or drink.

"Olivia was very keen to continue and was gutted when she was told that having left camp for tests she was not going back. Her I'm A Celebrity journey was only just beginning and she is devastated."

After her exit, she was spotted at an Australian airport preparing for a flight back to England.

There are now reports that Attwood's early exit could see producers parachute Matt Hancock and Seann Walsh into the jungle earlier than planned.

ITV said Attwood would not be replaced by a stand-in celebrity, but it is expected that late arrivals, Walsh and Hancock, could be fast tracked into the jungle.

popular
Netflix has just added 12 very big movies to their library
5 years ago, Hollywood took a massive gamble on a huge sequel... and lost big time
One of the most underrated crime thrillers of recent years is among the movies on TV tonight
Netflix backtracks on anti-password sharing measures following user outcry
The 50 most iconic songs of all time* have been revealed
Tom Hardy set to play Hannibal Lecter-type serial killer in new series
Guy Ritchie's new war movie looks like it'll be a very emotional watch
You may also like
2 weeks ago
Petition urging ITV not to sack Jeremy Clarkson gets over 20,000 signatures
2 weeks ago
ITV is launching a 'Love Island' for the older generation
2 weeks ago
Jeremy Clarkson 'axed as host of Who Wants To Be A Millionaire'
1 month ago
Eniola Aluko responds to criticism after on-air mistake on ITV
2 months ago
Graeme Souness goes out of his way to remind British viewers of Irish treatment live on ITV
2 months ago
I'm A Celeb fans 'work out' first star to be evicted after growing tensions
Next Page