So, basically, we're all doomed.

It looks like Black Mirror's season three episode Nosedive is set to become a reality.

The episode followed members of a dystopian society, each of whom is judged by a numeric rating that they are given based on their interactions with other people.

The higher your rating is, the better opportunities are afforded to you - and, vice versa.

This leads to the life of the protagonist - Lacie - falling totally apart after she gets a series of negative votes from her peers.

And now a similar app is being tested out - at least, in China.

END_OF_DOCUMENT_TOKEN_TO_BE_REPLACED

A feature in Wired shed light on the new system, which is linked to the mobile payment platform Alipay and designed to test the trustworthiness of citizens.

People will reportedly be 'scored' between 350 (low) and 950 (high) on the app, all depending on their personal habits.

And while some of the tasks that would get you a 'good' rating - like donating blood or doing charity work - seem innocent enough, we're a bit worried about some of the other ones. 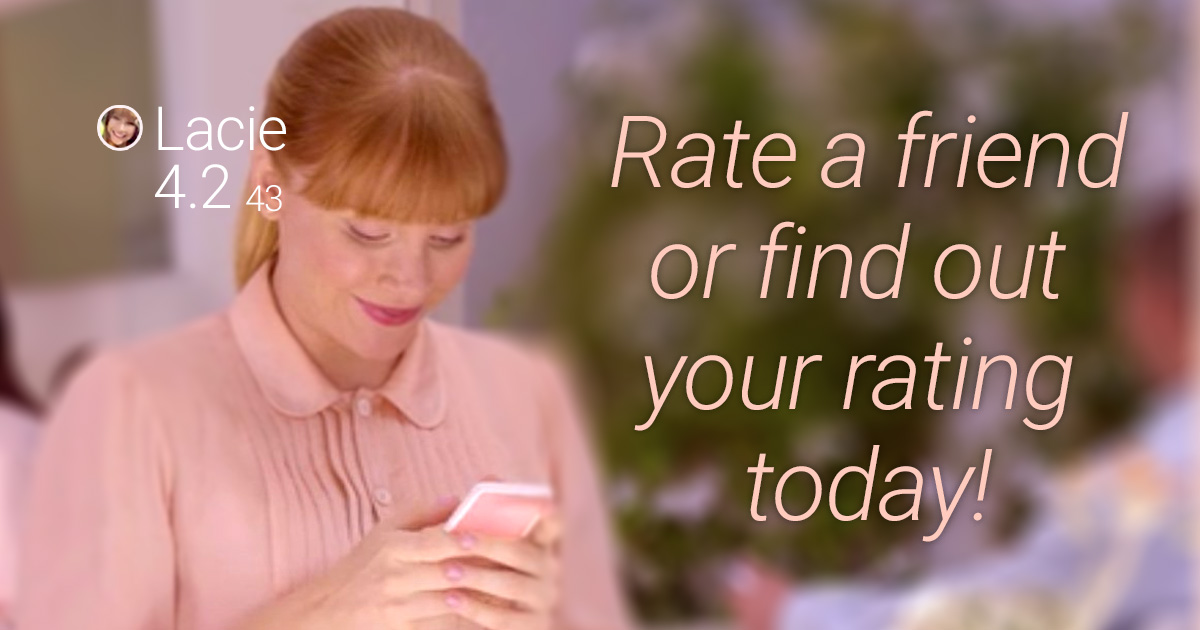 END_OF_DOCUMENT_TOKEN_TO_BE_REPLACED

People will see their number decrease if they do something bad like cancelling a reservation, leaving a dishonest review or even if they're friends with someone 'bad' online.

Most concerning of all, though, is the "rewards" that people get depending on their scores.

Higher-scoring members of the public will reportedly be able to benefit from a number of things, including cheaper public transport, free gym memberships, and shorter waiting times at hospitals.

Those members of the public who are ranked 'lower' are said to experience restrictions to some hotels, restaurants and slower internet speeds.

The plans are to have the social credit rating system fully in place by 2020.

popular
Netflix has just added an incredibly tense 97-minute thriller
18 counties hit with weather warning as temperatures set to reach 29 degrees
Nearly 100 flights delayed at Dublin Airport on Monday
GSOC investigating road crash in Monaghan that left multiple people injured
QUIZ: Can you get top marks in this short but tricky Irish geography quiz?
QUIZ: Can you name all the counties in Ireland without the letter 'E'?
WhatsApp introduces way to choose who can and can't see you're online
You may also like
5 days ago
Netflix has just added 20 huge movies to its library
6 days ago
Netflix reveals full line-up of new shows and movies arriving in August
6 days ago
Netflix has just added a documentary on a bigger disaster than Fyre Festival
1 week ago
The next Stranger Things (??) and 8 more movies & shows to watch this weekend
2 weeks ago
WATCH: Ryan Gosling & The Russo Brothers play Best Of Frenemies
2 weeks ago
WATCH: Ryan Gosling reveals the most dangerous stunt while making The Gray Man
Next Page