Oscars 2020: Here's how you can watch the Academy Awards tonight

If so, you're in a fair amount of luck because the 92nd Academy Awards are happening - and you're invited.

Well, you are if you've signed up for a specific pass on a popular streaming service that will provide you with access to watch the red carpet and ceremony in real-time. 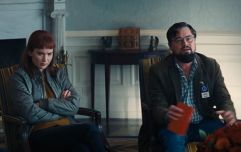 END_OF_DOCUMENT_TOKEN_TO_BE_REPLACED

If not, then you'll probably have to wait until later, sorry.

The Oscars will be kicking off on Sunday night live from the Dolby Theatre in Los Angeles.

Saoirse Ronan will be there. Joaquin Phoenix will be there. You could also be there, too, if you want to stay up late and don't have work in the morning, maybe.

To watch tonight's Academy Awards from Ireland, viewers can sign up for a NOW TV Cinema pass giving them access to all of the red carpet gossip and awards shenanigans.

As well as this, the streaming service has also got a fairly decent array of Oscar-winning movies available to watch on its platform.

END_OF_DOCUMENT_TOKEN_TO_BE_REPLACED

The Oscars red carpet will kick off from 10pm Irish time with the ceremony airing from 1am to 4am.

You can sign up for a NOW TV pass here.

Alternatively, you could also tune in on pop-up channel Sky Cinema Oscars, or catch up on the entire awards ceremony on Monday evening on Sky and RTÉ 2.