In 2019 alone, no less than SEVEN Stephen King works were adapted: It Chapter Two, Doctor Sleep, In The Tall Grass, and Pet Semetary were all given the movie treatment, while new or continuing series of Mr. Mercedes, Castle Rock and Creepshow hit the small screen.

The revival in the interest in his works shows no sign of slowing down, but if you're going to stand out from the crowd, you really do need to be bringing your A-game.

END_OF_DOCUMENT_TOKEN_TO_BE_REPLACED

To that end, HBO's take on King's 2018 novel The Outsider has Richard Price (The Wire, The Deuce, The Night Of) and Dennis Lehane (Shutter Island, Gone Baby Gone, Boardwalk Empire) on scripting duties, Andrew Bernstein (Mad Men, The West Wing, The Americans) and Karyn Kasuma (Billions, Jennifer's Body, The Invitation) in the director's chairs, and an insanely stacked cast.

The plot kicks off with the shocking violent murder of a young boy, and several eye-witnesses and video footage seem to prove without a shadow of a doubt that the culprit is local little league coach Terry Maitland (Jason Bateman), who is promptly arrested in front of the entire town by Detective Ralph Anderson (Ben Mendelsohn). However, after Maitland constantly claims his innocence, further eye-witnesses and more video footage shows that he was in a completely different state at the time of the murder.

Since Maitland can't possibly have been in two places at the same time, Anderson's case brings him to private investigator Holly Gibney (Cynthia Erivo), who discovers that several other people have been arrested, charged, and found guilty of violent murders, despite evidence proving they were nowhere near where the crimes took place when they happened.

The clever thing about the adaptation is that it grounds the investigation in reality, with Mendelsohn (in a rare good guy role) attempting to make sense of the crime using evidence, motives, clues, all the usual police stuff, and all completely useless as he begins to realise that this series of murders may be beyond his understanding of the world.

It is a very slow burn of a show, in no rush at all in getting to the more supernatural elements within, and over the six episodes that were made available for JOE to review, it is clear that HBO are attempting to re-bottle that elusive, mystic energy that the first series of True Detective had in spades.

Those directors, those writers, that aforementioned cast - who joined by top-tier character actors like Paddy Considine, Bill Camp, Mare Winningham, and Julianne Nicholson - help to sell that mood. As does the constant reminder that even as the show is potentially heading down some very fictional avenues, the small town mentality of Maitland's crime means that both he and his family are guilty (even if he didn't actually do it), as his wife and kids find themselves harassed by their former friends and neighbours on a daily basis. 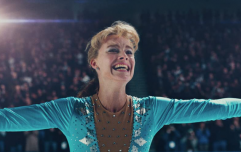 END_OF_DOCUMENT_TOKEN_TO_BE_REPLACED

It makes for a grim watch, for sure. At times you wish they'd cut to the chase and get to actively chasing down the killer, if only to alleviate some of that depressing pressure that is ever-present. That is by far the biggest complaint of the adaptation, that there is an argument made that maybe it should've just been distilled down to a tight, two-hour movie.

Perhaps that slow burn will pay off in spades over the final four episodes that JOE has yet to see, but even as it stands, if you stick with it, you'll be rewarded with one of the most gripping adaptations of King's work in recent years.

The first episode of The Outsider will be available on Sky Atlantic/Now TV from Monday 13 January.

The Big Reviewski || JOE · The Big Reviewski with Ray Liotta, Goodfellas facts & Tom Hanks making us cry
popular
Netflix has just added arguably the very worst movie of the last decade
The 50 most iconic songs of all time* have been revealed
PICS: The man with the biggest penis in the world has one unbelievable problem with it
EU lorry drivers vow not to help UK get “out of the s**t they created themselves”
Four major employers join forces to create Ireland’s first remote working alliance
The five best true crime documentaries to watch on Netflix this weekend
Here’s what graduates from Irish colleges can expect to earn in the workplace
You may also like
14 hours ago
Netflix reveals sequels to some of their biggest shows and movies
16 hours ago
The sequel to the Framing Britney Spears documentary is available to watch in Ireland today
16 hours ago
The director of Training Day has two new movies to watch at home released the same day this week
1 day ago
I Know What You Did Last Summer reboot and 6 more big trailers you might have missed this week
1 day ago
The JOE Movie Quiz: Week 121
2 days ago
Netflix releases tense first look at Ozark's fourth and final season
Next Page