You should go and see Parasite as soon as you can

And do your best to avoid most of the plot details, too...

In May of 2019, South Korean film Parasite won the Palme d'Or at the Cannes Film Festival.

Since then, Bong Joon-ho (The Host, Snowpiercer, Okja) and his black comedy have attracted a ton of buzz with the film appearing on many critics' year-end lists and picking up further prestigious awards along the way. 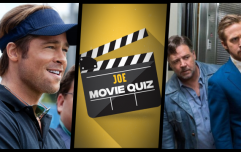 END_OF_DOCUMENT_TOKEN_TO_BE_REPLACED

On Sunday, it is expected to take home the Best International Feature Film prize at the Oscars, but it is also in contention for the overall Best Picture award, too. 1917 is almost nailed-on to win there, but don't rule Parasite all the way out.

A limited series based on the film is currently in development at HBO, with Adam McKay on board in a producer role. In short, it's a hit.

Parasite officially opened in Irish cinemas on Friday and while we're not in the game of ordering you around the place, dear reader, we are strongly urging you to go and see it. This might just be as important as voting this weekend.

The thing about Parasite is that it's best to go in as blind as possible. Yes, that is a trailer below. No, you probably shouldn't watch it. But it's there, nonetheless, because you're allowed the option. 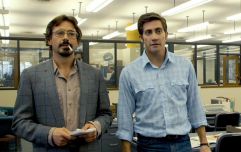 END_OF_DOCUMENT_TOKEN_TO_BE_REPLACED

In terms of the plot, let's just keep the details brief.

The film centres on a poor family that take advantage of an opportunity, opening up a web of lies and deceit before things really get weird and everything you thought you understood gets turned upside down. 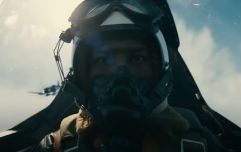 END_OF_DOCUMENT_TOKEN_TO_BE_REPLACED

As noted above, Parasite is a black comedy. It is also a cutting social commentary about class warfare, something of a heist film, something of a horror film, a quietly devastating drama and an expertly-paced thriller.

The thing looks absolutely beautiful, too, with cinematographer Hong Kyung-pyo composing and framing every shot like something out of a fairytale. And you know how annoying it is when someone says something like, 'Even the location is a character'? Here, it really is.

Acting-wise, each and every part is perfectly cast and while it's hard to single out just one performance, it's downright criminal that the great Song Kang-ho didn't receive a Best Supporting Actor nod at the Oscars.

A bona fide superstar in his native Korea, the 53-year-old has been brilliant for years in the likes of Sympathy for Mr. Vengeance, Memories of Murder and Snowpiercer, but his portrayal of a proud, struggling patriarch here brings with it both rich humour and painful heartbreak.

Hype can be a killer but sometimes the hysteria is justified. Parasite is a truly fantastic film and a rich original creation that should live long in the memory. Get to the cinema and see it at your first available opportunity.