You may have noticed it.

As always, if you haven't seen the most recent episode of Peaky Blinders, consider this to be your spoiler alert.

END_OF_DOCUMENT_TOKEN_TO_BE_REPLACED

Just when it looked like Linda would exact revenge for Arthur's brutal attack on her Quaker friend, Polly was on hand to pull the trigger and save his life.

Granted, we're not entirely sure if Linda is dead - more on that here - but there's still the mystery of the traitor in Tommy's organisation to contend with.

After all, the Billy Boys knew exactly where Aberama Gold was camped and Oswald Mosley also knows an awful lot of details about Michael's time in New York, and the marriage between Linda and Arthur.

Given the fact that Tommy has a lot of enemies, it's possible to argue that so many characters could be the traitor.

We've already made cases for Esme and Polly, but one moment in the most recent episode was quite telling.

Did anyone else notice the little look between Oswald Mosley and Michael Gray's wife, Gina? 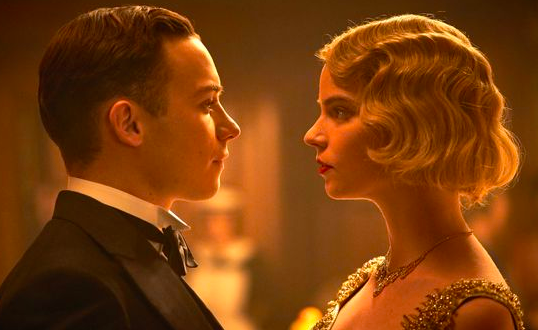 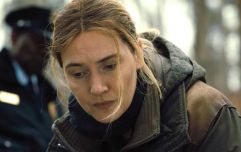 END_OF_DOCUMENT_TOKEN_TO_BE_REPLACED

Well, that quick glance has led to an awful lot of questions.

Since arriving in Birmingham, there have been plenty of question marks about Gina because she seems distant, combative, and desperate to return to New York.

During the ballet, there was a brief moment when they looked at each other and it seemed quite telling.

It's also interesting that Gina knew the appropriate title that was bestowed on Mosley.

Is she the traitor?

Some people are convinced that's the case.

Gina is Mosley’s informant, that’s how he’s getting his info on the Shelby’s, I for one don’t believe him when he says that his weakness is trusting people

WTF WAS THAT LOOK BETWEEN MOSLEY AND GINA

Me watching Gina and Mosley look at each other knowing something is up there #PeakyBlinders pic.twitter.com/0wpt7vOobG

AND BITCHHHH CAN WE TALK ABOUT MOSLEY AND GINA, SOME SHIT IS GOING DOWN

To conclude, here's a very interesting point from previous seasons...

Polly knew when Ada and Lizzie were with child!!! GINA IS DEFFO NOT WITH CHILD #PeakyBlinders

popular
The JOE Friday Pub Quiz: Week 247
Matt LeBlanc has seen the memes of him as every Irish auld lad and very much enjoyed them
QUIZ: Take on this tasty challenge of your General Knowledge skills
5 new Netflix additions to get you through the weekend
QUIZ: Full marks are far from certain in this general knowledge quiz
The JOE Music Quiz: Week 61
A Dublin Cafe will pay you €50 if you can finish this MONSTER breakfast roll
You may also like
1 week ago
The Matt LeBlanc as every Irish auld lad meme has gone global in a big way
2 weeks ago
Five huge highlights from watching Friends: The Reunion
2 weeks ago
CONFIRMED: Money Heist season 5 is coming to Netflix in September
3 weeks ago
Here's the lineup for this week's episode of The Late Late Show
3 weeks ago
The iconic 'Bus W***ers' car from Inbetweeners is now up for sale
1 week ago
Cineworld Dublin announces reopening date for later in the month
Next Page