Davidson believed that "disrespectful" comments were made about his ex-girlfriend Ariana Grande.

Comedian Pete Davidson has refused to perform at a comedy club in the US following comments made about his ex-girlfriend, Ariana Grande, that he felt were "disrespectful".

The Saturday Night Live comedian claimed that the host of the Stress Factory Comedy Club in Bridgeport, Connecticut made comments about Ariana Grande on Tuesday night. 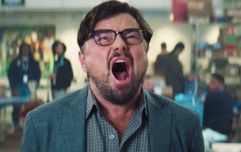 END_OF_DOCUMENT_TOKEN_TO_BE_REPLACED

In a post on his Instagram story, Davidson apologised to fans who were looking forward to seeing him, but said that he could not perform "under those circumstances".

A video then emerged from the comedy club, where the host angrily claimed that he had done nothing wrong, and that he always had Davidson's best interests at heart.

He said: "No way in the world would I ever disrespect any comedian... Pete Davidson, I didn't disrespect you. Your security guy told me to say what I said. And if you've got bad security guys, you should fire the goddamn security guys."

Certain members of the crowd shouted "Fuck you Pete", while Davidson's Instagram story played on a projector beside the stage.

popular
One of the best action movies of recent years is finally available to watch at home
QUIZ: Try score top marks in the hardest country flag quiz you'll ever take
QUIZ: See if you can ace this General Knowledge Quiz
QUIZ: Can you score 18/18 in this tricky geography quiz?
The JOE Friday Pub Quiz: Week 278
"It will be with me until I die" - Charlie Bird opens up about "loveliest gesture" from Daniel O'Donnell
Lisa Fallon praised as she opens up about terrifying ordeal on Late Late
You may also like
2 years ago
In Dublin for Ariana Grande? Chances are you might spot her in this restaurant
2 years ago
Music critics put together a list of the 25 songs that matter the most right now
2 years ago
Ariana Grande announces third Dublin date in 2019 “due to phenomenal demand”
2 years ago
There has been a seriously strong reaction to Ariana Grande's song 'Ghostin' off her new album
2 years ago
Ariana Grande announces release date and track list for new album
3 years ago
Ariana Grande has been accused of plagiarism over her new song
Next Page