There are many facets to Tommy Shelby's persona and it's fair to say that getting a gauge on the lead character in Peaky Blinders is like trying to catch smoke with your hands.

Mobster, businessman, father, soldier, and as we saw at the end of Season 4, you can now add politician to this list. That's why Cillian Murphy's character is so fascinating, he's an enigma that's hard to define.

However, there are a few things that Tommy will always be synonymous with. Drinking whiskey, smoking, fighting, and the fact that he always has a plan.

Ever since we saw Cillian Murphy riding on horseback through the streets of Birmingham in the very first episode, we knew that the leader of the Peaky Blinders was a man that you wouldn't want to mess with and four seasons later, Tommy's unique mix of brains and braun has seen him endure.

With news that Peaky Blinders will continue for an extra season, there's even better news because Season 5 is now in production and here's the first official image.

We're back, by order of the Peaky Blinders.

Tommy, Polly, Arthur and the whole family are officially back in filming Series 5 of #PeakyBlinders right now across the UK. Here's a first look. pic.twitter.com/pie7oFAWMk

As stated previously, Irishman Anthony Byrne is taking over the directorial duties on the new episodes and we've also been given a few tidbits of information.

Ok, if you're not up to date with Season 4, consider this to be your spoiler alert warning. 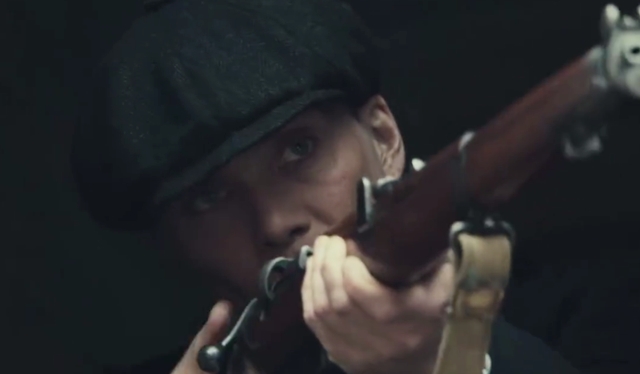 END_OF_DOCUMENT_TOKEN_TO_BE_REPLACED

In an interview with the Birmingham Mail, Steven Knight revealed that the new season will be set in the 1930s.

"We are going into the 30s now. There is so much stuff happening, so why not finish the job? The depression and the rise of fascism form part of the storyline. It is setting those things up. In the 30s across Europe and Britain there was the rise of fascism," he said.

Aside from this, it's also possible to form a bigger picture of the plot when you combine Knight's quotes with a previous interview that Paul Anderson (Arthur) gave to The Metro,

Tommy's new political position as a Labour MP: "gives Arthur and his family more power. Tommy is in a position of power, and he can only get stronger in that position," said Anderson.

He adds: "So we’ll all have more cover, we’ll have more opportunity and more protection. And by protection, I mean by society and the police and so on. We’ll be able to get away with things under the guise of, “we’re politicians, we’re respectable”. But we’ll be able to manipulate things more. Arthur will be even more Arthur. So it will be a lot of fun."


popular
Singer Duffy reveals she was drugged and raped while being held captive
QUIZ: The devilishly tricky grammar quiz that will drive you around the bend
QUIZ: Can you name the capital cities of these 30 countries? (Part Two)
The 50 most iconic songs of all time* have been revealed
Lonely Planet have created an alternative bucket list for those travelling around Ireland
Rallies prove that Sinn Féin are playing the game better than anyone else right now
These are the 10 most popular movies and TV shows on Netflix in Ireland right now
You may also like
1 day ago
Gangs of London cast discuss the new explosive gangster drama from director of The Raid films
2 days ago
Narcos star really wants to spend some time in Cork on his next visit to Ireland
3 days ago
QUIZ: How many of these Derry Girls characters can you name?
3 days ago
Brendan Gleeson's upcoming performance as Donald Trump is 'scary' and 'too close for comfort'
4 days ago
Season 2 of The Witcher is now in production as Game of Thrones' Tormund joins the cast
4 days ago
Narcos star would love to return for another season of the show
Next Page