Video: Did anyone spot the fella proposing in the Republic of Telly audience last night?

For jaysus' sake, we hope she said yes

Getting up the courage to pop the question is a big deal, and taking the step of doing it in public requires a steely conviction that you'll get the answer that you want.

Going a little bit further, one lad in the audience at Republic of Telly last night decided that the moment was right to ask on national tv, judging by this pic and the reaction of the people around him. 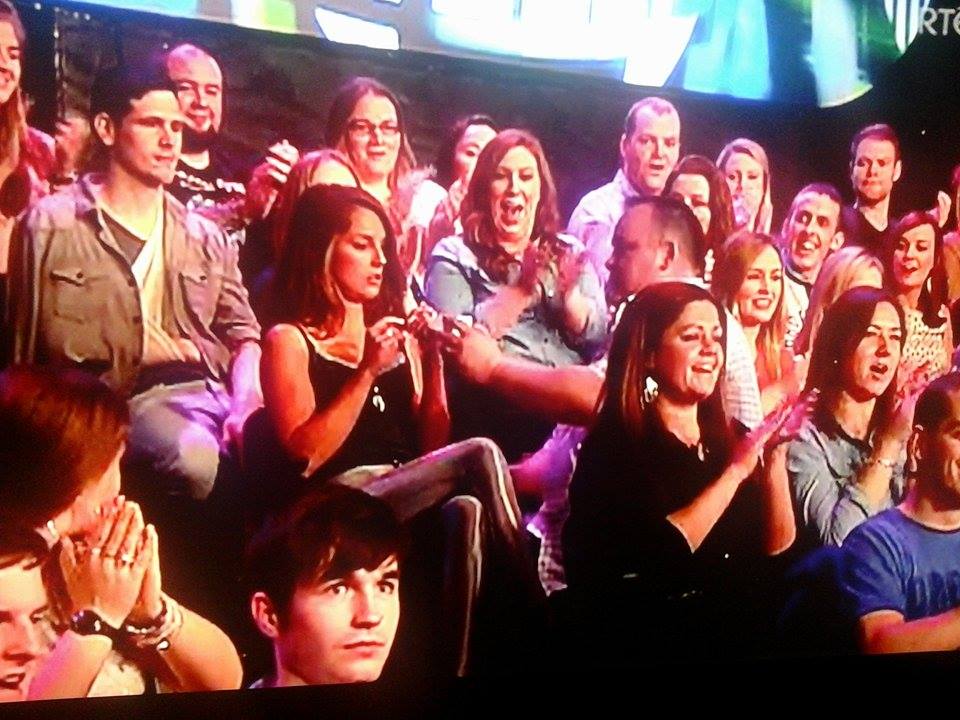 END_OF_DOCUMENT_TOKEN_TO_BE_REPLACED

Now, there was no mention of it on the show, and as Joe Mc, who sent the pic our way notes, they skipped past this quick enough and went straight on to Bernard's News, so we hope that it all went to plan. She doesn't look too thrilled about it though...

We should also note that we think this guy looks a little bit like the fella in the crowd who was having a sneaky whiskey for himself a few weeks back, so this could all have been a set up.

popular
Netflix has just quietly added 12 big movies to its library
Gardaí deny asking Cork shop to stop selling Animal Bars
HSE urges public to stop using popular e-cigarette
Wagatha Christie: Rebekah Vardy storms out of court just 30 minutes into final day
The 50 most iconic songs of all time* have been revealed
Man dies after being struck by lorry in Tipperary
QUIZ: Can you name all the US States that contain 8 letters?
You may also like
1 day ago
Netflix has just quietly added 12 big movies to its library
1 day ago
Derry Girls fans in bits following emotional season finale
2 days ago
Full update revealed on all future Star Wars movies and shows
3 days ago
Amazon Prime Video has just added 21 big movies to its library
3 days ago
The new version of The Time Traveler's Wife is going to give you all of the feels
4 days ago
One of Liam Neeson's best ever performances is among the movies on TV tonight
Next Page