Richard Hammond is at the centre of a homophobia storm after making strange comments about ice cream on Amazon Prime car programme The Grand Tour. 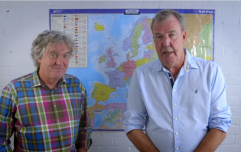 END_OF_DOCUMENT_TOKEN_TO_BE_REPLACED

It really is as bizarre and ridiculous as it sounds. In comments that have upset, offended and bemused a great number of people, the ex-Top Gear man conflated the two, and got a round of applause.

"I don't eat ice cream - it's something to do with being straight," he said. "There's nothing wrong with it, but a grown man eating an ice cream, you know, it's a bit that way rather than that way..."

Even Clarkson seemed rather bemused by the statement, although he did say the word 'homosexual' as if it were a taboo word, whilst James May contributed a lewd reference to a sexual act. 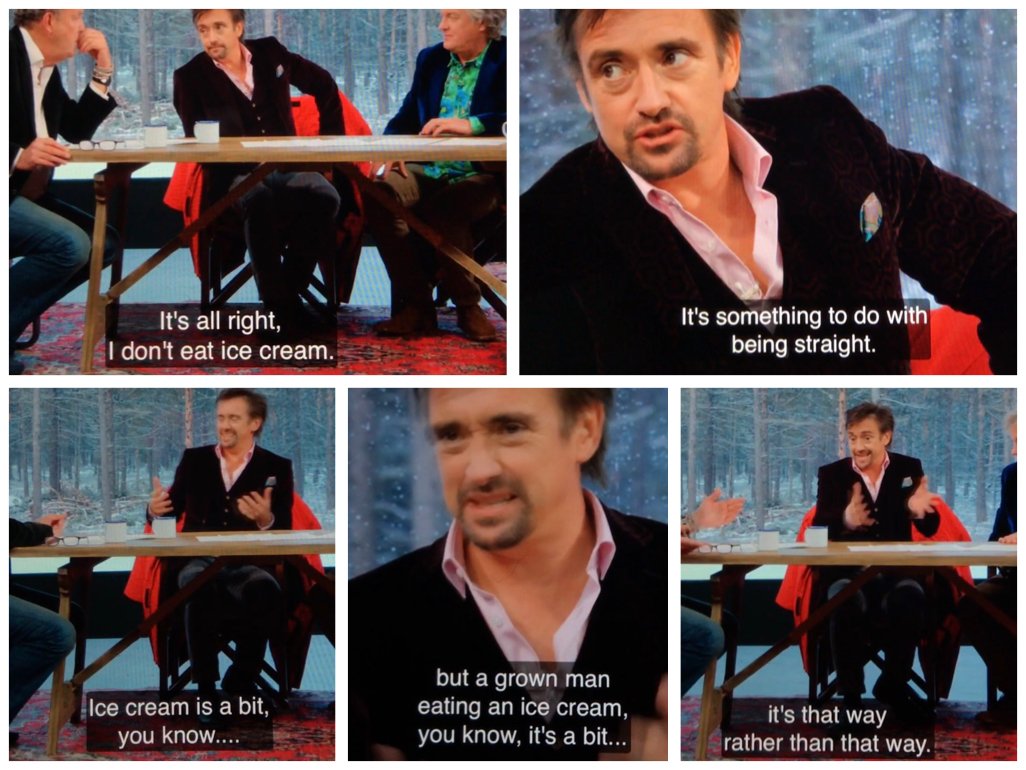 Richard Hammond gags while explaining ‘men who eat ice-cream are gay’ on The Grand Tour, ep 6.
Are men that watch this show bigoted weasels? pic.twitter.com/G4W9ziqLch

Here's a photograph of Richard Hammond cruising around for gay men to service. pic.twitter.com/zWlnyD9nLm

Someone tell Richard Hammond that if he finds himself wanting to shag men whenever he eats icecream it's proooobably not the icecream.

Richard Hammond when the ice cream van pulls up near his house pic.twitter.com/Pa9nivx96c

.@RichardHammond HELLO I HAVE BEEN EATING ICE CREAM FOR YEARS AND I'M STILL HETEROSEXUAL WHAT I AM DOING WRONG PLEASE HELP

Apparently we get all the ice cream. Fine by me. Oh, and don't worry, Hammond. No gay man fancies you, you stupid, terrified little prick.

popular
Amazon Prime Video has quietly added 18 big releases to its library
Shop where winning Lotto jackpot ticket was sold revealed
Eamon Ryan says he expects lifting of Covid restrictions next week
Here's where all the 149 tickets that won €36,687 in Saturday's Lotto were sold
Man arrested on suspicion of the murder of Ashling Murphy
New HBO comedy series looks like a must watch for Flight of the Conchords fans
Confirmation on lifting of restrictions for pubs and events expected this week
You may also like
4 years ago
Amazon releases series two teaser of The Grand Tour
4 years ago
WATCH: Footage has surfaced of Richard Hammond’s frightening crash in the Swiss Mountains
4 years ago
Richard Hammond “hurt quite badly” after motorbike crash during filming of The Grand Tour
5 years ago
People are breaking the law in record numbers to watch The Grand Tour
5 years ago
An Irish band are soundtracking one of the most expensive TV shows ever
5 years ago
REVIEW: The Grand Tour is bigger, louder and so much better than BBC's Top Gear
Next Page