It's that time of year again.

Every year, people give out about The Rose of Tralee and yet every year, it's always a much-talked (and tweeted) about programme.

As kids, it signalled the start of the last week before heading back to school and even as adults, it's a sure sign that summer is almost over. 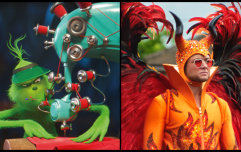 END_OF_DOCUMENT_TOKEN_TO_BE_REPLACED

Last year's opening night was a huge talking point, the stage was stormed by a Fathers4Justice protestor and this year, there's one contestant who has already made an impact with people watching at home.

During her chat with presenterDáithí Ó Sé, the Fermanagh Rose, Stephanie Maguire, used this time to discuss domestic violence in Ireland and highlight the hugely important work done by Women's Aid.

Unsurprisingly, this was appreciated by people watching at home with many social media users taking to Twitter to praise Stephanie for bringing up an issue that many people in Ireland can empathise with.

Hands down winner. Legend. #fermanaghrose ahead by a mile this year. @Womens_Aid

Stephanie was also surprised on stage by Derek Ryan, a country and western singer whom she's a massive fan of and viewers loved it.

What a surprise for Fermanagh Rose Stephanie as she gets to jive with her idol @derekryanmusic pic.twitter.com/1HHV2l6k2Y

Although it's only night one, it seems that Stephanie is emerging as an early favourite.

Surely the Fermanagh rose has it in the bag already???🤔🤔🤔 #roseoftralee