To be fair, this isn't the first time that this has happened.

Back when Batman V Superman: Dawn Of Justice was released, and critics weighed with their almost unanimously negative opinions, a petition was started to have review aggregate site Rotten Tomatoes closed down.

Here we are, a few years later, and the site is still very much up and running, but with the latest DC movie about to hit the screens, there is yet another petition attempting to get the site offline. 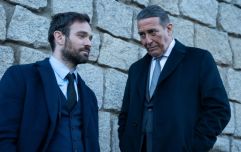 END_OF_DOCUMENT_TOKEN_TO_BE_REPLACED

At the time of writing, the Rotten Tomatoes score for Justice League isn't on the site, because they are attempting to get more people to watch their new show See It/Skip It, but on that show they reveal the movie's RT score: 43%.

That would put it right in the middle of the road in terms of Warner Brothers recent DCU movies, with the previous entries ranging from the highs of Wonder Woman (92%), and the all the way down through Man Of Steel (55%), Batman V Superman (27%) and Suicide Squad (26%).

The primary concern here is that sites like Rotten Tomatoes or Metacritic could be influential enough to stop people from going to see the movie if it is given a bad review, and that perhaps the critics giving the movie a bad review are all wrong.

That is certainly a possibility (in the same way that the Loch Ness monster existing is a possibility), but in terms of a more likely explanation, is that DC fans don't want to be told that some of these movies are simply not very good, and that the majority of critics around the world all share that same opinion.

The fact that Justice League is currently falling pretty much right in the middle of the road - we've seen it, and thought it was a hot mess, but with some great potential for where the DC universe goes next - surely points out that the movie isn't as bad as critics had initially feared, nor as good as DC fans would have hoped.

And, for the final nail in the coffin in the conspiracy theory that Rotten Tomatoes has it in for DC movies, is the fact that Warner Brothers actually own a stake in Fandango, the parent company of Rotten Tomatoes.

Not that any of it really matters anyway, as The Wrap are reporting that Justice League is on track to make up to $120 million in its opening weekend in the States alone.

So, in summation, critics reviews are useful, but more likely to help a great, tiny movie to get attention, rather than stop a terrible (or, in this case, mediocre) blockbuster making bank.

popular
Man dies after being attacked by newly calved cow in Mayo
Status Red warning issued as Storm Barra closes in
The JOE Movie Quiz: Week 131
Majority of employers will require employees to visit office on weekly basis
Next pandemic could be "more contagious or more lethal" says vaccine creator
QUIZ: Can you get full marks in this General Knowledge Quiz?
A terrific crime thriller is among the movies on TV tonight
You may also like
10 months ago
Hands on with the Sennheiser CX 400BT True Wireless
1 year ago
The Google Nest Audio packs a big punch
1 year ago
The remake of The Grudge receives lowest possible rating from early audiences
1 year ago
The first reviews for You Season 2 should get fans very excited
2 years ago
The Big Reviewski Ep 41 with Arnie, Linda Hamilton, and the best Disney songs of all time
2 years ago
The Big Reviewski Ep 40 with Pat Shortt, Charlie Murphy, government secrets & best zombie kills of all time
Next Page