"She changed the face of Irish broadcasting" A fitting tribute.

It was an emotional Late Late Show as friends, colleagues, and fans of Marian Finucane paid their respects to the broadcaster following the sad news that she passed away at the age of 69.

During the discussion on Finucane's career and legacy, Ryan Tubridy was was joined by Clare Duignan, Claire Byrne, Olivia O'Leary and Maureen Gaffney.

Former Managing Director of RTÉ Radio 1 Clare Duignan said that Finucane "changed the face of Irish broadcasting and was one of the first women who broke through and became one of the top broadcasters in this country. She changed public opinion, she brought the women's agenda to the mainstream news agenda. "

A qualified architect, she became a presenter working on programmes concerned with contemporary social issues, especially those concerning women, notably on Women Today.

She became a household name with her Liveline programme on RTE Radio 1. A winner of the Prix Italia, her television work included Consumer Choice and Crime Line.

On Gay Byrne's retirement in 1999, she took over his early morning radio slot to present The Marian Finucane Show, ultimately taking over the morning slots on Saturday and Sunday.

In a brief highlight reel, viewers were treated to some of Finucane's best work which captured her unique skills as a journalist.

For example, we get to see her challenging Mother Teresa on the conventional belief that women are the heart of the family. Elsewhere, she raises the issue about why older women don't appear on TV and discusses a variety of subjects that were deemed to be controversial and taboo at the time, like contraception and sexuality. 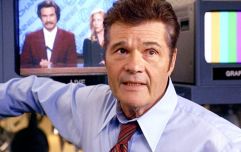 END_OF_DOCUMENT_TOKEN_TO_BE_REPLACED

The montage also gave a small insight into Finucane's exemplary charity work in Africa too.

During the show, writer and current affairs presenter Olivia O'Leary praised Finucane's presenting skills for being relaxed yet "sharp and incisive" while giving "people room to say what they wanted to say."

A fitting tribute to a talented broadcaster.


popular
QUIZ: Can you get 10/10 in this Irish sayings quiz?
"Significant" update confirmed in Madeleine McCann case
QUIZ: Can you recognise the Black Mirror episode from still image?
Aldi to sell reusable face masks from Thursday onwards
Here's Week 35 of JOE's 19 in 90 quiz
QUIZ: Can you say what all of these Harry Potter spells do?
QUIZ: Can you name the disaster movie from a single image from each disaster
You may also like
6 hours ago
"Significant" update confirmed in Madeleine McCann case
8 hours ago
3 further deaths in relation to Covid-19, 47 new cases
11 hours ago
A man has died working on a farm in Cork
1 day ago
Gardaí notice rise in domestic violence since beginning of lockdown
1 day ago
Man dies following road collision in Mayo
1 day ago
Body of young boy (5) recovered from Lough Mask in Mayo
Next Page