Colin Farrell has just released the best film of his career, but it is a very tough film to watch

Let us tell you a story.

Typically, when a film critic heads along to a screening of a movie, it is on pretty early in the morning, and the cinema screen will be mostly empty, with just a handful of other film critics scattered throughout.

These settings don't typically lend themselves to the communal atmosphere you'll get from properly enjoying the cinema-going experience with a packed house all laughing at a great comedy or all screaming in unison at a well-timed fright in a good horror movie.

END_OF_DOCUMENT_TOKEN_TO_BE_REPLACED

That being said, when we sat down to the early press screening of The Killing Of A Sacred Deer, any kind of professional restraint went right out the window.

There were gasps and awkward laughs and queasiness and you could hear each individual reaction throughout the screen, with every person reacting in their own way to whatever the movie threw at them next.

We sat down with Colin and chatted about the movie, and he said pretty much the same thing we thought: he loved it, but he wasn't sure if he could recommend it. END_OF_DOCUMENT_TOKEN_TO_BE_REPLACED

Farrell plays a surgeon who has struck up an unusual and clearly uncomfortable friendship with a teenage boy (played by Barry Keoghan). He attempts to keep the boy happy, but also keep him separated from his wife (Nicole Kidman) and kids. However, it doesn't take long for the creepy youth to worm his way further into Farrell's personal life, and from there things very quickly go from bad to the worst possible scenario imaginable.

Re-teaming with the writer and director of The Lobster, Farrell has clearly found his wheelhouse with creepy, weirdly off-kilter, darkly comedic dramas. However, where The Lobster didn't quite know how to end, Sacred Deer knows exactly where it is going right from the start, and the awkward drama drip-feeds us just enough information over a long enough period of time. Before you realise it, the whole thing has turned into the most psychologically harrowing horror film of the year.

The closest comparison we can make to it is mother!, another film from this year that jumped from creepy, unsettling drama to brain-twisting nightmare, and just like that movie, people will be discussing Sacred Deer for hours, days and weeks afterwards.

Farrell has released some great movies in his career: In Bruges, The Lobster, Phone Booth, Intermission, Minority Report. Every time, the movies worked better because he wasn't being forced into a Tom Cruise-lite Hollywood mould action man - see: The Recruit, S.W.A.T., Total Recall, Hart's War, Dead Man Down - when it just felt like someone didn't quite know what to do with his unique set of skills. 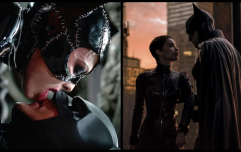 END_OF_DOCUMENT_TOKEN_TO_BE_REPLACED

He is much better suited to left-field choices, and when he is given the right material, he can act more with his eyebrows than any action star can do with hundreds of millions of dollars and all of the CGI you can afford.

And the thing that makes The Killing Of The Sacred Deer stand out is that it goes beyond, arguably, Colin's best performance of his career to date, but surrounding him with revered actors (Kidman) and young up-and-comers (Keoghan) who all help raise each other's game. Additionally, the film itself lends itself to so much discussion and unique reaction, that it could very easily be used to sniff out potential sociopaths in the audience.

Again, during that press screening, there were some scenes in which this reviewer was the only person howling with laughter. Then, just minutes later, other critics were cracking up at scenes in which I had my hand covering my mouth in pure horror.

That is the power of the Sacred Deer. Make sure you go see it before someone spoils the ending on you.

popular
The long-awaited MetroLink is finally happening, for real this time, honest
Netflix has just added 33 very big movies to its library
Irish man rescued after he went missing for three nights in New York swamp
The full list of cancelled flights in and out of Dublin Airport on Monday (so far)
Waterford man sentenced to three months imprisonment for operating "cruel and illegal" puppy farm
QUIZ: Can you guess the crisps from the pixelated packet?
One of the coolest movies of recent years is now available to watch at home
You may also like
1 month ago
QUIZ: Get ready for a tricky time with this General Knowledge Quiz
4 months ago
WATCH: Colin Farrell picks some incredible Irish actors to play future Batman villains
6 months ago
Here's the line-up for the final Late Late Show episode of 2021
7 months ago
One of the best Irish movies ever made has just been added to Netflix
7 months ago
Colin Farrell to star as lead diver in Thailand cave rescue movie
9 months ago
Colin Farrell's new sexy sci-fi thriller is finally available to watch at home in Ireland this week
Next Page